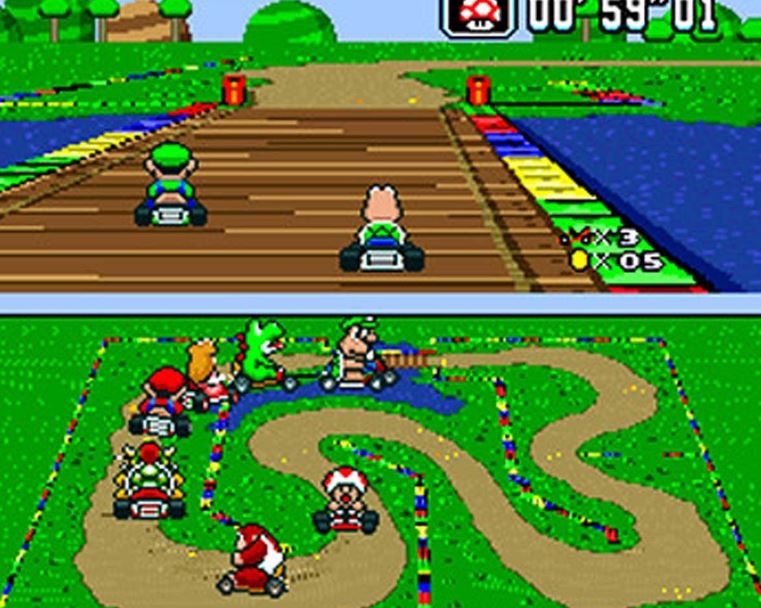 This guide shows you the Top 5 Sites to Download SNES Roms and how to install Emulators on which you will play your Super Nintendo games (or even N64!).  Also see our guide on How to Play Mario Kart 64 on FireStick.  SNES games can be played on just about any device for free, so get your Android, PC, iPhone, or other device ready for some retro console gaming action.  Game on:

So if you have a FireStick, get a SNES Bluetooth controller for your retro gaming controller needs.  If playing old games is something that you’re going to do more than just a few times, we strongly recommend that you get a retro Bluetooth or USB SNES controller to have a “true-to-life” classic console gaming experience.

ROMs are typically seen in a handful of filetypes.  Here are some of the more common file types and the retro gaming console which corresponds with the file type:

SNES ROMs and ROMs from other systems usually have a standard “file naming scheme”.  It’s usually something like this: “Name.of.Game.SYSTEM-COUNTRY.ext“, where..

So take a close look at the ROM you’re trying to load into your Emulator to make sure you’re actually usuing a SNES ROM with a SNES Emulator!

Which Systems Can Play SNES Roms?

Here’s a fun way to play SNES games on your big screen TV using your Android phone for less than $40 (including the cost of the Android phone).If you want to get creative with an Android SNES Emulator, get a Bluetooth SNES controller and an old Android smartphone that has an HDMI output port.  If you plug an HDMI cable from your Android phone to your TV, your phone will output whatever’s on the screen onto your TV.  Voila!

SNES Emulators being played on a widescreen HDTV with nothing more than an old Android, a USB power cable so the phone doesn’t die, an HDMI cable, and a Bluetooth SNES gamepad to play your games. Then you’ll have SNES games in your pocket wherever you go – and you’ll be able to play using just your Android phone or on a big-screen TV.

It’s a totally portable and complete solution for retro Super Nintendo gaming.  Just make sure you carry a micro USB cable and a charging block to keep your phone powered up while playing Super Mario Kart or whatever great retro games for which you’ve been jonesing. Also make sure the Android phone you use specifically has an HDMI output port, like on the Motorola Droid 3 ($25). Then make sure you get the right HDMI cable to go from Android to TV. This should run you around $5, so the whole setup should cost you between $30 to $40 for your ultra portable Android SNES.  SNES Bluetooth controllers run around $35 each.

What are SNES Roms?

SNES Roms are Super Nintendo games in digital format which can be played using an Emulator.

What is an Emulator?

An Emulator is a digital version of a video game console, such as a SNES system.  Emulators allow you to play Roms.

On What Operating Systems Can I Play SNES Roms?

Just about every major operating system has a SNES emulator made for it.  Some of the best SNES Emulators are found on Android and PC, but there are also great SNES “emu’s” (emu is short for Emulator) for Mac, Linux and even Raspberry Pi.

Raspberry Pi is a $30 mini PC that plays SNES games and emulators amazingly well.  So, many people get a RPi and use it as an inexpensive SNES emulator.