How to Install Emulators for Fire TV: Play N64 and SNES on Fire Stick

This article shows you How to Install Emulators for Fire TV, such as SNES, N64, and Sega.

VIDEO: How to Sideload Kodi (or ANY app) to Firestick

After you sideload ES File Explorer to your Fire TV, you can then follow the steps in the “Install Mario Kart 64” Video above. Cheers.

You might be here for a few reasons. Maybe you heard the term ‘emulator’ and got curious as to what this means. Or, you are considering downloading one to access a new world of capabilities for your computer!

Before we start telling you the best emulators to use on your Fire TV, we should go over what exactly an emulator is.

An emulator is a software product that you can install on your computer, game system, or streaming stick in order to run an operating system completely different from the one you have. For example, if you have an emulator, you could run Windows OS on your Mac computer, and vice versa.

Emulators can come in handy for a variety of reasons. You might be wondering, why is it important to run a different operating system on my electronic device? Well, think about it—there are so many operating systems you can use to play specific games or access apps specific to Nintendo, Xbox, Mac OS, Android, and more systems.

It can be tragic when you have a game you really want to play but your current operating system doesn’t support it.

If you have a certain emulator, you can open up a whole new world of possibilities with your computer or Fire TV interface.

So, today we’re going to show you a list of the best emulators for FireStick and other Fire TV devices. Get ready to play all your favorite retro games and access content you wouldn’t have been able to see otherwise.

How to Install Emulators on Fire TV Stick

Looking for ROMs?  We don’t have them here.  But we can tell you that search engines are usually the best way to find things on the Internet.  See google.com for that kind of thing.

Or better yet – you could buy the actual Super Mario Kart for SNES game cartridge from Amazon for $37.

Now, we’re going to dive into a list we’ve compiled of the best emulators for FireStick devices. There are many great emulators you can use to play nostalgic games and more.

If you’ve played Nintendo as a kid, chances are it was on a Nintendo 64. With those classic Mario and Zelda games, it can be frustrating when there seems to be no way to play them on modern devices.

Lucky for you, you can download an N64 emulator for FireStick with ease. 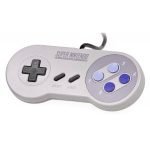 Another Nintendo classic, the SNES was around before many of the other consoles on this list. It featured great, revolutionary games in the 90s that are now beloved by true Nintendo fans.

For this reason, you’ll want a great SNES emulator for FireStick so you can play them on your modern big-screen.

ALL known SNES ROMs are compatible with FireTV! 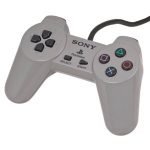 If you want to play retro games on FireStick, you’ll be pleased to hear that there are many PlayStation 1 emulators available for your system.

You can turn your Fire TV into a retro game haven with a good PS1 emulator, gaining access to games like Final Fantasy, Tekken, and Resident Evil.

Something we get asked a lot is whether there is a good GBA emulator for FireStick. If you’re wondering the same thing, the answer is yes!

You can play any game you’d like to on the Gameboy Advance emulator for FireStick, such as titles like Mario Kart, endless Pokemon games, and The Legend of Zelda.

All known GBA Games are compatible with Fire TV

The NES system is one of the oldest ones on this list, debuting in 1985. In fact, these consoles (refurbished ones, at least) sell for thousands of dollars on eBay.

But, why pay all that money when you can download an NES emulator for FireStick? Access all kinds of retro classic games with the NES emulators we’ll list below.

All known NES Games are compatible with FireStick and FireTV

If you like a lot of retro games, there’s no reason you should have to choose just one system to rule them all!

There are a few multi-emulators for FireStick that you can download in order to play games across multiple systems. Below, we’ll get into the list.

One of the best classic game hosts is MAME, where you can play tons of retro staples like Ms. Pac-Man, Street Fighter, Donkey Kong, and many more.

MAME is a one-stop-shop for all your retro gaming, and you can download the emulator right on your FireStick!

The Dreamcast console is another nostalgic fan-favorite, debuting almost at the turn of the century. The late ‘90s and early 2000’s games are aplenty for this console.

Some of the most popular titles include Sonic Adventure, Crazy Taxi, and Power Stone. These are all classics! There are a few Dreamcast emulators for FireStick as of this year.

The Sony PSP emulator for FireStick will give you access to tons of more modern games. These games are still hard to access on modern devices, as this console was popularized back in the mid-’00s.

If you want a PSP emulator, you can choose from our list below.

While many of these emulators are for Sony and Nintendo, we just couldn’t leave out the ever-popular SEGA. Does the name ‘Sonic’ ring a bell?

This console was popular way back when with many of its games seeing modern adaptations. However, there’s just something about playing the original versions! There are many great SEGA emulators for FireStick available today. 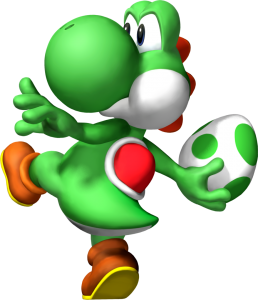 This SNES Bluetooth controller would be pretty sweet with a side of Mario Kart, right?

Best ‘Other‘ Systems Emulated by FireStick

The Fire TV emulator info in this section was provided by atone.  Thanks atone!

This is our list of the best “other” retro gaming consoles that FireStick / FireTV can emulate well.  Check them out – download some APKs, and start gaming!

There are at least a few more interesting classic game emulators that work well on the FireStick / FireTV, but these are the best ones.

Best Emulators that are NOT playable or possible with a FireTV

Do N64 Games Play on FireTV? 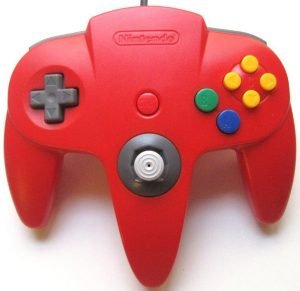 Why Do Most N64 Games Not Play Well on FireStick?

The Nintendo 64 had some pretty decent graphics which are difficult to render at any acceptable speed on a FireStick.  Therefore, some Nintendo 64 games work on FireTV and most do not.  One of the games we tested that did work quite well (to our pleasant surprise) was Mario Kart 64.  I was able to actually play the game with an OUYA Wireless Controller.

How to Improve FireStick Emulator Performance

Since the N64 actually had a decent graphics rendering platform, it’s tough to get FireStick to play some N64 games.  You can do a thing or two to maximize the performance you get from your FireTV to make sure your games play as fast as they can.  Keep reading to find out how.

The FireStick running N64 emulators will produce lots of heat.  So you may want to use a USB mini fan to blow some of the heat away from the FireTV unit.  If you don’t use a fan, your FireStick could constantly be overheating, which results in very poor performance and sometimes complete failure / resetting of the unit.

N64 Games that DO work with Emulators for Fire TV

We tested a few handfuls of N64 games on the FireTV stick using the RetroArch emulator.  These are the ones that worked.  Most notably, Mario Kart 64 worked!

N64 Games that do NOT work with Emulators for Fire TV:

This article covered all the different kinds of retro game emulators for FireStick that you can download today! We hope that you found your favorite classic console on the list. Remember to get some cool games for your emulator once you have it downloaded, and share your experiences with our readers!

If you have any questions about installing an emulator for FireStick or would like us to look for a different console not on the list, let us know down in the comments. We’re happy to help you!

Thanks for reading, and have a great time playing retro games on your FireStick!