WeChat Banned in US? – How to Use WeChat From Any Country 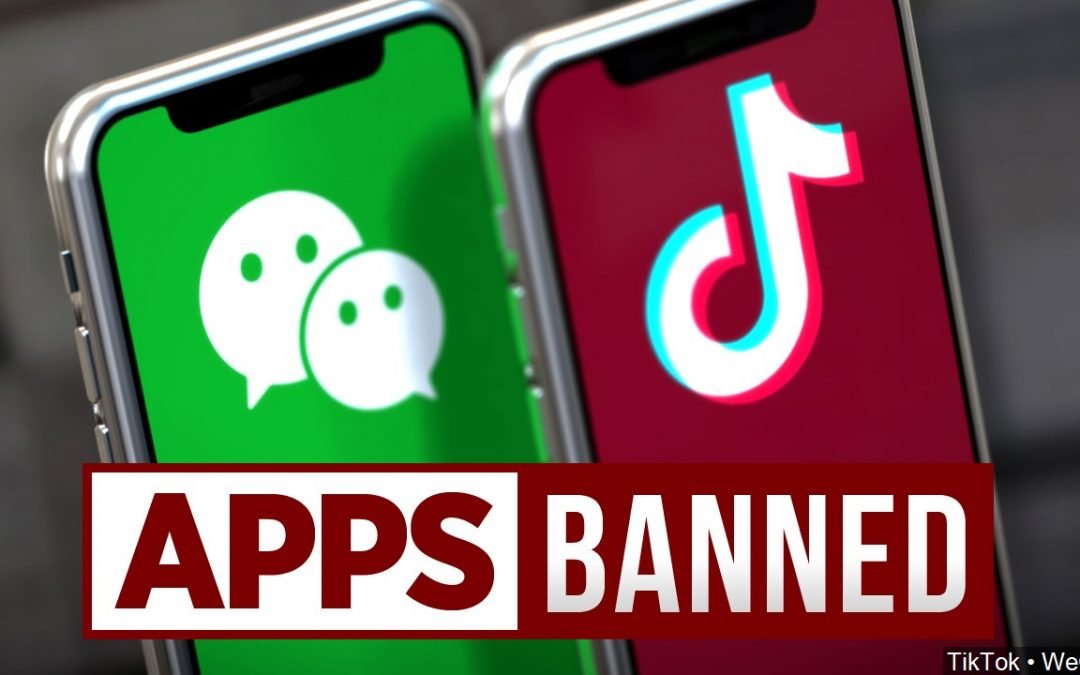 WeChat is China’s billion user multipurpose messaging app. Yet despite its massive popularity, the service is close to being banned entirely in the US. Why is this happening? What does WeChat banned in US means for you? What you can do to get around the WeChat ban so that you can keep enjoying its service? If these questions have been plaguing your mind, don’t worry. We’ve you covered. We’ll answer all of these questions and more. Read on!

WeChat is right at the center of digital life in China. It functions like a phone book, messaging service, payment system, a news feed, and photo album in one. Although it’s not as popular as TikTok in the US (another app at risk of being banned), the platform remains a vital source of connection for the Chinese diaspora worldwide. Likewise, American businesses use it to sell products in mainland China. Thus, WeChat is a sort of digital bridge between China and the rest of the world.

The service was initially launched back in January 2011 as a free instant messaging app by Tencent. As of 2020’s second quarter, WeChat has 1.2 Billion global users (2.2m in the US alone). Basically, it allows users to send words, pictures, emojis, etc. Like Whatsapp, it also allows audio and video calls. In addition to that, you can create up to 500 member groups and organize group calls for as many as nine users simultaneously. Sounds better than Whatsapp, right?

But there’s much more to WeChat than mere instant messages and video calls. You can find nearby strangers, follow official accounts to get news, articles and communicate, go shopping, order in a restaurant, send money, pay for bills, or send virtual red envelopes as “Luck Money.” What’s more, in 2017, it became a complete ecosystem by launching a whole bunch of mini-apps within WeChat. Through these mini-programs, people can book an appointment with a physician, take a ride, order groceries, apply for a loan, and much more. So why would someone want WeChat banned in US?

Why is WeChat Banned in US?

WeChat is owned by Tencent, a Chinese multinational conglomerate. The app is, therefore, considered a Chinese product. Donald Trump has been very vocal about the perceived security threats posed by Chinese Tech giants. After the Coronavirus outbreak in China, he decided to target TikTok and WeChat in some of his diatribes, and even threatening to have WeChat banned in US.

After the executive order came, the commerce department decided to block all WeChat downloads starting September 20th. The app was all set to be removed from Google and Apple appstores.

The ban was set to take effect 45 days after the issuance of the order. That is until the WeChat got a last-minute reprieve when a district court judge in San Francisco temporarily stayed the countrywide ban. Had the order came into effect, all internet infrastructure supporting WeChat would have been suspended, essentially resulting in WeChat banned in US.

Consequences of WeChat Banned in US

China’s internet is restricted. It has no access to Facebook, Twitter, Instagram, Youtube, or other popular social media outlets. Therefore, people have limited options for staying connected with their friends and family living abroad. WeChat is the bridge that connects the two communities.

WeChat is used to stay connected without incurring any extra expense, which is hard to replicate by traditional text and phone communication. Especially for older generations who have grown used to these services, switching to alternatives could be challenging. WeChat Banned in US can effectively cut them off – at least for the time being – from their loved ones.

Moreover, WeChat is a massive payment platform. WeChat banned in US can end financial transactions. People will no longer be able to utilize their financial services meaning that families in China who rely on sending or receiving money from abroad will suffer financial consequences. Being removed from the appstores also ends future app updates, including critical security and stability patches. As time goes on, this could make WeChat less safe to use. Some key features may even stop working altogether after WeChat banned in US.

What’s Next for WeChat Users in the US?

A long legal battle… perhaps. US WeChat Users Alliance v. Trump case will now proceed as per the law. Meanwhile, the Commerce department can either edit its order of completely banning the WeChat downloads or pursue other avenues. Like Australia, the government can also make sure WeChat banned in US for official devices and keep it open for the general public.

For now, there’s no definite date when WeChat banned in US might start. However, the situation is uncertain, and anything can happen. Therefore it is wise to start looking into some of the ways you can work around this ban (if it happens). It’s always better to be prepared than getting caught off guard, right?

What Should You Do Right Now?

The safest thing to do now is backup all vital information from WeChat before WeChat banned in US. Save your contacts, emails, and phone numbers. Save any conversations, credentials, notes, or any other information that’s not available elsewhere. Even if it just means taking screenshots, do it. At the same time, get in touch with your contacts and share the best way to reach out to you if WeChat stops working.

How Can You Get Around WeChat Banned in US?

In case the Google and Apple Appstore ban WeChat on their platforms, you can download it from third-party app stores or websites. This process is called sideloading. You’ll need to change some settings to do this, since every smartphone blocks this feature by default. In older Android versions, you needed to turn on the “allow apps from third parties” feature on your smartphone. However, starting with Android 8, every application now needs individual permission to sideload.

The second option if WeChat banned in US is: Get a VPN. It is much safer and hassle-free. Users in countries like India that have banned Chinese services have been able to access blocked apps with VPNs’ help. So there’s hope that users in the USA may also be able to access the apps with the help of VPNs. Some complications may arise with WeChat services like money transactions. But a Virtual Private Network is the ideal way to circumvent the ban, at this moment.

It encrypts your traffic when you browse, effectively camouflaging your location. There’s a reason why VPN downloads have increased in every country compared to the previous year, where a ban was up for discussion. For instance, there was a 40% increase in Australia, 20% for Japan, and a whopping 111% for Indonesia. So if you don’t want to lose your access to all the services offered by WeChat, this might be your best shot.

Circumvent WeChat Banned in US

A VPN can be downloaded on any online device. Simply go to the VPN website, download a compatible version, and run on your smart device. Easy peasy! It hides your identity and location, which means you can access geo-restricted websites and access their services. You can even change your location and appear to be online from another country. A good VPN does all this without any problem.

A VPN has become a standard tool for anyone who takes their online privacy and security seriously in today’s day and age. It protects against hackers, ISPs, or any third party organizations peeking into your browsing activity. Plus, you get unrestricted access to any website or online service you want – all the time. WeChat banned in US or not!

For instance, do you know websites like Youtube, Netflix, Hulu, and even Google are different in every country? They show you different search results based on your geography. Some of the content is blocked entirely. A VPN means you can hide your IP address, unlocking movies, TV shows, and search results you never knew were there. As long as your VPN is on, no one will see the website or online service you are using.

If you want to keep using WeChat, we strongly recommend a reliable VPN service. This is because only a reliable VPN will guarantee uninterrupted services. Our long time readers know that we take privacy and security very seriously. We have done a lot of VPN research, and after years of testing, we’ve concluded that IPVanish is the best value VPN service in the market today. It’s easy-to-use and can be installed on any device (including your smartphone!).

To hide your location, it allows you to choose between more than 75 locations worldwide. For instance, you can select UK and make it look like you are surfing from UK. Then you can continue browsing and using your favorite WeChat features, uninterrupted, and without any problem.

IPVanish gives you a fast and secure connection, which means your internet won’t slow down. Another great thing about this VPN is that they have a strict no-logs policy, so your data and location will remain hidden forever. You don’t have to worry about spying as the service provides the industry-standard encrypted connection. Their customer support is accessible 24/7, and they’re even offering a 30 days money-back guarantee. That is why IPVanish is a solid choice to bypass WeChat banned in US.

That’s all for now. Of course, complications may arise with this fix. For example, what if WeChat bans US phone numbers in retaliation? Or US bars VPN providers from providing access to Chinese apps. In any case, we will keep updating this article to access the WeChat services uninterrupted. Watch this space or bookmark it for easy access in the future!