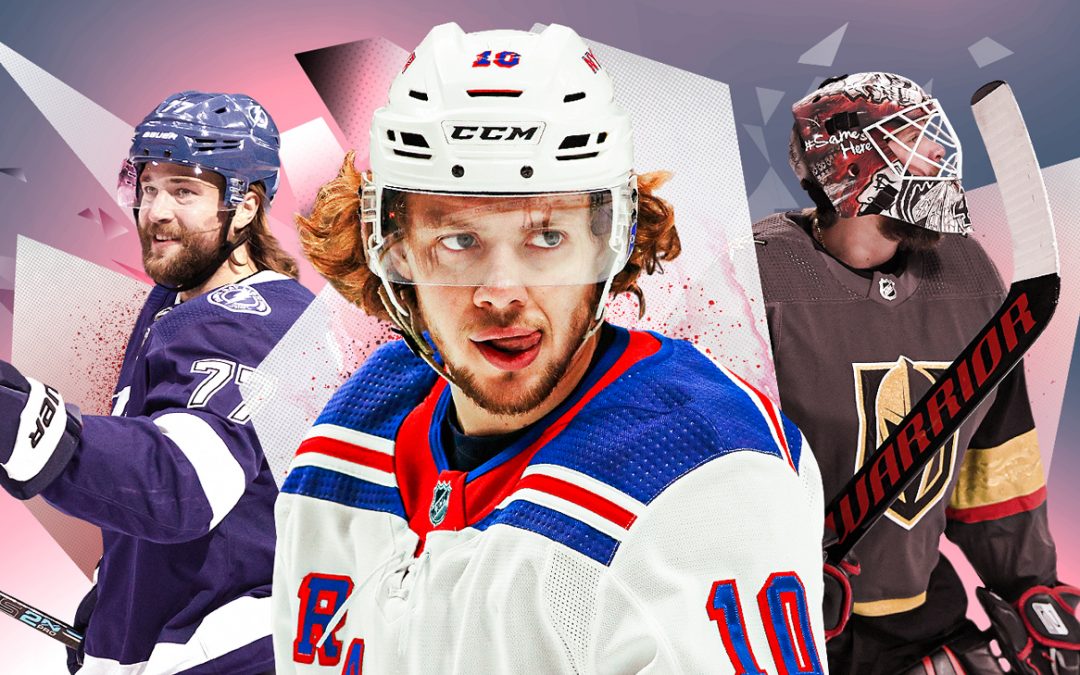 Want to learn about the TV channels that stream NHL?

Here are a handful of popular ones.

Owned by Rogers Sports & Media, Sportsnet is a Canadian English-language channel all about sports.

Sportsnet is the all-in-one hub for NHL, MLB, NBA, and other sports. You can download the Sportsnet app to watch NHL on Firestick (subscription needed).

The basic plan is packed with NHL content and has more than 300 NHL games in total. The availability of some games is subject to geographical areas but you can always work around it via VPN. Furthermore, users can also stream regional games that include Canucks, Leaf, and Oilers. You also get access to the entire Stanley Cup Playoffs, Scotiabank Wednesday Night, and Hockey Night in Canada in addition to Rogers Hometown Hockey.

For those that are fans of baseball as well, the basic plan is a treat. The package tracks all games of the Toronto Blue Jays and more than 150 MLB games from the US including The Home Run Derby and The World Series.

Besides that, the channel offers a decent coverage of other sports as well. You can watch Grand Slam Curling, Tour De France, Davis Cup, English Premier League, and even bits of WWE wrestling. Best bit? The stream automatically adjusts itself according to internet speed which provides an interruption-free experience.

Founded back in 1972, City TV is a Canadian television network owned by Rogers Sports & Media. You can watch all the live action of NHL live on City TV.

CBC Sport is the division of the Canadian Broadcasting Corporation. From NHL news to scores, standings, and live coverage, CBC gives you the full NHL experience.

TSN or The Sports Network is a Canadian English language sports specialty channel. It covers all the latest and greatest news, highlights, etc., related to NHL. By using its app, you can watch NHL on Firestick.

Videos, latest drama, news, and you name it; Fox Sports covers it all about NHL so you can fully stay up-to-date with the game you love.

Owned by the MSG Networks, MSG Network is a television network and radio service that brings you NHL’s live coverage.

Do You Need a VPN to Stream Hockey?

Lastly, if you face issues like NHL TV blocking VPN or speed issues, we recommend using IPVanish to watch NHL on FireStick for an optimum experience.

Whether you are watching NHL on Kodi in 2018, 2021, or any other year (by observing legal streaming options), here are a few tips that will come in handy for you.

Your Internet Connection Must Be Fast

You must secure your connection when streaming Sportsurge NHL streams using a VPN. Even if you are using a paid and official link to stream NHL tv on Kodi, we recommend you to use a VPN.

Test Streams Before An Event

Last and certainly not least, test streams before an event. Don’t wait for the last moment as streams and your internet connection can leave your side at any time.

There are a lot of people on the web asking how to watch NHL hockey on Kodi the official way. Well, here are a few popular and official streaming options that will allow you to watch NHL on Kodi (the right way).

Do you have access to an NHL.tv paid account? You are in luck. With the official NHL.TV and NHL Gamecentre addons, you can stream every single hockey game on Kodi.

NHL.TV and NHL Gamecentre are two official addons by the National Hockey League for Kodi. You just need to log into your paid NHL.tv account on any one of the addons to enjoy HD streams of NHL games.

OTA or Over-The-Air HD antenna is a great option to satisfy your NHL streaming needs. Especially for people who are living in urban areas, an OTA antenna connection can give them access to popular channels like CBC, TSN, Fox Sports, etc.

Contact your nearest OTA provider to get a connection. Although OTA packages are a little expensive, they give you free access to a variety of official NHL channels.

Watch NHL on Firestick, Kodi, iOS, or Android by subscribing to the USTVNOW Plus. With the USTVNOW Plus subscription, you get access to NHL-based TV channels like NBCSN.

USTVNOW Plus streams 1080p HD NHL games on every device. Moreover, they have got the best servers, which means you don’t have to miss any action for the sake of that frustrating buffering loop.

fuboTV promotes live streaming of your favorite NHL sports channel without cable! With the fuboTV apps and a paid subscription, you can watch favorite NHL channels like ABC, CBS, ESPN, FOX, etc.

The cost of FuboTV is one the higher side of the spectrum but the number of channels on offer justifies it. The lowest plan is priced at $70 which provides 120 channels that include major cable networks and broadcast. Furthermore, it supports 4K streaming on some channels as well.

It is an excellent platform for cord-cutters as almost all the channels are included in this plan. You can watch soccer, baseball, and even some basketball games as well. Plus, multiple other entertainment channels are also available to stream favorite TV shows and movies.

Furthermore, FuboTV also offers 250 hours of cloud DVR which can be used to record matches to watch later. If you can afford a higher-tier plan, the cloud storage jumps up to 1,000 hours. It also supports three simultaneous streams which makes it ideal for large families.

Moving on, there is even an option to get addons that pertain to specific audiences. Although you would have to pay an extra price for them. The platform is compatible with almost all devices including Apple TV, Chromecast devices, and Xbox consoles. So, no problem there as well.

Don’t want to subscribe to fuboTV right away? They have got a free trial plan that lets you watch NHL matches for a limited time period.

Sling TV has been changing the dynamics of TV streaming since 2015. Although Sling TV service is only available in the United States of America, it’s one of the best services to watch NHL in HD quality.

Sling TV packages are affordable, and the best thing is that they let you pick the TV channels. Sign-up at Sling TV for a free 3-day trial and experience the hype.

Moving on, in an ideal world users should not have to pay for channels they do not want. Unfortunately, no mainstream platform has adopted this model but Sling TV is the closest to it. Users have tons of live content options and also some on-demand videos which make it a great choice for cord-cutters.

Furthermore, the platform is affordable compared to the competition as its basic package starts from $35 a month. The second package cost a little higher at $50 but offers a plethora of new content as well. The basic plan contains more sports channels which would be great if you want something to watch hockey and other sports only.

As for those who want to watch TV shows, Movies and Documentaries as well, the Blue+ is the better option. You can also add DVR features and other channels at an extra cost.That said, the interface of SlingTV is a bit different from what we usually experience with Live TV. It resembles closely to the On-demand streaming services like Netflix and Prime Videos. Such an interface is easy to navigate around and quickly find the channels that you want to watch.

NHL, NBA, and you name it; every live game is available on DirecTV Now. It’s a TV channel subscription that gives you access to over 160+ channels!

DirecTV Now streams your favorite NHL matches on in 4k HDR2. And if you are an AT&T wireless subscriber, you get to enjoy data-free streaming!

With DirecTV, watch NHL on Firestick, Android, iOS, and other popular platforms.

Furthermore, DirectTV offers 4 plans which include Premier, Ultimate, Choice, and Entertainment. The only difference between the four is the number of channels that you get. We recommend the choice plan as it includes almost all major broadcasting channels.

You would be able to watch all NHL matches in addition to other sports like soccer, baseball, and basketball. Plus, it offers tons of entertainment and educational channels as well. The package is priced at $84.99 which is not inexpensive but not too costly.

Moving on, the interface of DirectTV is plain and has uniform-looking lists. It is not visually appealing but easy to navigate nonetheless. Furthermore, applications are available for both iOS and Android and so far, no major issue has been reported.Besides that, the platform also offers handy features like a DVR record button, restart button on select channels, and a 15-second forward and rewind button.

YouTube Vault add-on has a separate section for NHL. People who aren’t real crazy about NHL can keep themselves up-to-date with this free service on YouTube.

Don’t want to pay a single dime for enjoying live NHL matches on Kodi? The following unofficial streams have got your back.

SportsDevil is the holy grail of NHL streaming addons on Kodi. You can watch live streams of NHL matches on SportsDevil in HD quality for free!

The Crew addon in Kodi isn’t just limited to NHL and other sports; it gives you access to a huge library of movies, tv shows, and more.

Sportowa TV addon is one of the most reliable addons available in Kodi to watch NHL.

Want a smooth and quality NHL streaming experience? Sport365 addon on Kodi will not disappoint you.

One-click movie section, hundreds of sports channels, and you name it, TEMPTV has got everything.

From regular movie channels to gaming videos and, most importantly, NHL streams, Nemesis addon on Kodi is an all-in-one hub for entertainment.

Deceit is an unofficial platform where you can watch the latest TV releases, sports channels, and more.

Created by Grind House Repository, Destiny on Deathstar is a nice little addon to stream NHL on Kodi.

The Magic Dragon addon on Kodi gives you a fresh breath of sports channel to watch NHL for free.

With over 5,000+ IPTV channels, the Fluxus TV addon on Kodi gives you access to all the top sports channels.

Freeflix HQ is an android app that gives you access to all the popular sports channels, TV shows, movies, etc.

Official or unofficial, there are a bunch of ways to watch NHL on Firestick and other platforms. Official ways will give you the most out of your NHL live streaming experience. Whereas, free/unofficial ways are perfect for people who don’t want to invest money in NHL games on Kodi.

Long gone are the days when we were bound to watch our favorite NHL games and related buzz on TVs. In today’s digitization age, most NHL fans are switching to live streaming to watch NHL on Firestick as it’s a portable and affordable option.

So what are you waiting for?

Pick a streaming medium today and get right into the NHL action!