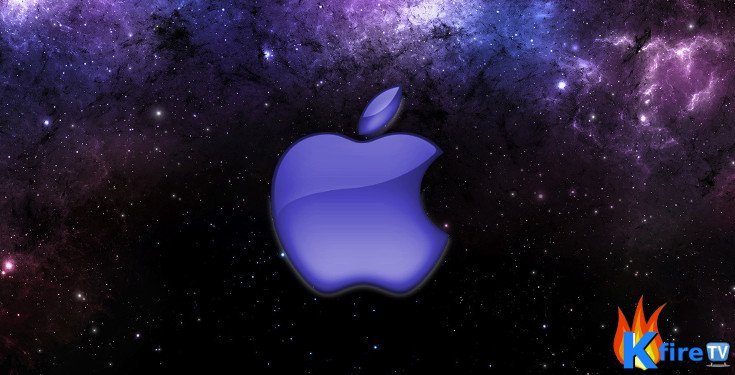 If you love media, iTunes is a great place to find content music or content to watch. Apple makes things easy in that regard, but difficult in other areas. One would be finding free iPad movie apps in the vein of Showbox or Terrarium TV.

A Rooting or jailbreaking a device has gotten tricky as well. It’s just not something to take lightly if you’re sporting an $800 phone or slate. We will address that issue, but we are also going to show you how to find the best iPad movie apps for free streaming.

iOS doesn’t let you install whatever you want like you can with Android. That is in place to keep you from harming yourself, and to keep hacked iOS apps away. There are several ways to get around this roadblock, and AppValley is the one we are going with this time around. It is a solid option and one that works without fail.

To install AppValley on iOS, you need to open Safari on your iPad and head to AppValley.Vip. Once there, select Install AppValley, then click Install when the pop-up prompt appears. When you go back to your home screen, you will now see an AppValley icon, but you don’t want to click it just yet.

Open up your settings menu, and go to General. Scroll down to Device Management and select that section. Now you should see the app showing with a message about “Trust” if you have done everything correctly to this point. Select this section, then tap on Trust when the pop up appears. Now you have installed AppValley, which means you can peruse our picks for the best iPad movie apps for streaming.

AppValley can be finicky like many other app helpers. If you are having trouble with the service or they just don’t have what you need, we recommend iOSEmus. It’s a similar site full of useful hacked iOS apps, which include streaming services like ShowBox. Our video below will walk you through the process of using iOSEmus if you’d like some visual help along the way.

If you are moving over from streaming on Windows-based setups or an Android device, Terrarium TV for the iPhone and iPad does not exist. We know that is a big downer and you won’t find Showbox for iOS either. Before you chuck your iPad against the wall, have no fear as you will find these apps for movie streaming on the iPhone and iPad quite familiar.

The MovieBox iOS app is a one you will find on plenty of iPads and iPhones around the globe. It is our top option for movies and TV shows, and an app you will be happy to have around once you see what it can do.

MovieBox is like a lot of other free streaming services as there are two main sections with movies and TV shows. You can also view movie trailers or check out entertainment news, but there are no music or videos or extras of that nature. It is easy to navigate on your tablet or smartphone as well, and we like the fact you can set favorites. This is key if you tend to browse and enjoy marking things to watch later.

As for the content, if you have seen one streaming app, you have seen them all. This one has a mix of new releases, old flicks and more TV shows than you can shake a stick at. Just set watch lists and you will be good to go. There are options to watch and download, and we advise you to use a VPN with either choice.

Overall, MovieBox for iOS is a great way to watch your favorite movie or check out a show you missed earlier in the week. It does have a few odd quirks including a lack of settings, and the bizarre age and sex check when you first use the app. We are not sure what that’s all about, but it is the one of the only apps of this nature we have come across that requests that.

Bobby Movie may not have the fanciest moniker, but it is one of our favorites nonetheless. This iOS app is jam-packed with content and an iOS app that will keep you busy for ages when you tire of Netflix and other streaming apps.

We are going to get the one glaring negative out of the way with the Bobby Movie iPad app first. There is no landscape mode, which is a disappointment considering we are running it on a slate. Aside from that, it has a clean layout that is easy on the eyes, and we found the casting feature to work flawlessly. That gives it a major leg up against the competition, as casting isn’t quite as easy on iOS as it is with Android.

With content, things are a little different. It has everything you would expect when it comes to a movie app for iOS but is light on the TV side of things. They do have some interesting sections however with Top Box Office U.S., Cartoons, Oscars, and sections for top movies and TV shows from previous years.  There is also a section for history, bookmarks, watch lists, and requests along with a few settings you can tweak.

While Bobby Movie is not the best route to go for live TV on the iPad, it lives up to its namesake when it comes to film. It was one of the more stable iPad movie apps we tried, and one we highly recommend if you want a choice when it comes to server selections.

Want a great movie app for iOS? Popcorn Time is an oldie, but a goodie and one of the first to really break onto the scene. Needless to say, it is still being used by millions of media nuts daily. We are among the crowd and avid users of this iPad movie app despite a few shortcomings.

Do you love an app with a slick layout that is easy to navigate? If so, you will appreciate the design of Popcorn Time. You can scroll through flicks for hours on end, and everything is easy to access. That includes tabs for trailers if you are unsure about a film and a download button if you prefer hard copies. Whether you stream or download, remember to use a VPN.

Depending on the film or show you want to watch, you will be able to select the quality. That generally varies between 720p and 1080p so do not get your hopes up for any 4K rips. You can sort the content in several different ways through a series of buttons across the top. We also like the fact you can enter magnet links directly without leaving the main screen.

Popcorn Time has more settings that other iPad movie apps on our list, so you can actually adjust the subs, sign in to Trakt and alter a few other settings. It’s another solid alternative and on par with the best streaming apps for Android.

You cannot have a list of the best way to watch free movies and TV shows on your iPhone and iPad without mentioning the streaming king known as Kodi. While you can’t find this app in iTunes like you will on the Google Play, there are several versions available through iOS helper apps and a few other ways to port it over as well.

Kodi for iOS is just like the Kodi Android app. In other words, you will feel right at home with this one – everything looks the same. The one exception is the skin, and that depends on the version you download. Slates don’t have back buttons like many handsets, so you will need to enable touch control with the stock skin or use Estouchy.

Once installed, you can add a repository and choose your favorite add-ons as usual. If you’re unsure of how to install Kodi addons, check out our guide which also features some of the top picks from March. In addition to free movies and TV shows for iPad, you can also load up your local media and sync Kodi to your home network. We tested Kodi on the iPad Mini 4, but it should work well with any iDevice as long as it is not too dated.

iPad movie apps are not nearly as prevalent on the iOS side of the fence compared to Android or Windows. While we only have a handful of working options currently available, others like CinemaBox and Playbox HD can come back to life at any time. Just remember to proceed with caution when traveling outside the App Store and always keep a good VPN in mind.