Terrarium TV vs Kodi: Battle of the Streaming Apps Kodi is one of the most popular ways to watch movies wirelessly although Terrarium TV is not far behind. Actually, the programs are running neck in neck these days which means it’s time for a Terrarium TV vs Kodi showdown. While you may already have a winner picked out in your mind, we think you will be surprised at how close this one is in the end.

What are they used for?

We have spent plenty of time covering both Terrarium TV and Kodi although beginners might not see the difference between the two programs. Simply put, Kodi is a “media center” at heart and one you will feel right at home with if you played with XBMC back in the day.

There is no media included with Kodi; you have to download Kodi addons if you want to watch content other than your own.  In a nutshell, it’s a player, not a source for finding things to stream. Terrarium TV, on the other hand, is the exact opposite.

While both programs stream, TTV is loaded full of content. Once you install Terrarium TV, you may be overwhelmed by the options available straight away. Before you get too excited, we consider this area of our Terrarium TV vs Kodi showdown a draw. That because you can get just as much content, if not more, through installing Kodi addons.

Have you ever used Netflix or Crackle on your Android or iOS smartphone? If so, you will have no problem finding your way around Terrarium TV. You can swipe and click everything on the screen, and some of those menus go surprisingly deep. You may find yourself lost in the settings menu if you’re not careful.

Content is broken down into three main sections with movies, TV shows, and favorites. The latter is a nice touch as you can mark things you may want to watch later or simply use it as a list. The application also has the Chromecast feature baked in, so you can shoot your media to any smart TV in your home. It is extremely easy to use and very easy on the eyes as well. 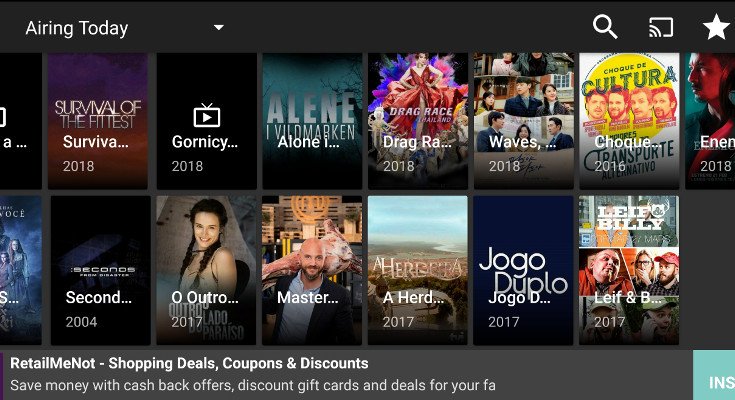 As for the Kodi app, things are a bit more complicated. There is a reason there are so many Kodi guides on the net – half of them have to do with setting it up. It may not be a program for rookies, but it can be downloaded and installed directly from the Play Store. It is also easy to navigate however once you learn how to load media and set up your network. If you need help with either, hit up the video below which shows Kodi being installed of the Fire Stick.

We are going to consider the interface battle a draw between Terrarium TV vs Kodi. Personally, we like the Kodi interface better and find it just as easy to use. It also offers a degree of customization you won’t find on the other side of the fence.

This is where things get interesting in our Terrarium TV vs Kodi battle. As mentioned, Kodi does not provide you with any content. It’s just a media player that can serve as a hub for your flicks and TV shows at home. It can handle music and other forms of media as well, you simply need to load it up.

When you use the add-on browser in Kodi, things quickly change. From here you can add providers that host content, and there are some interesting options to choose from. That’s putting it mildly actually. Think of it like Roku’s channel system, but with considerably more options available that you won’t find through other programs.

It’s just about movies and TV shows either as Kodi gives you access to things like SpeedFan Information, Trumps Tweets, or a simple TV Guide. Want to monitor your smart home? You can do that with the right Kodi app as well. 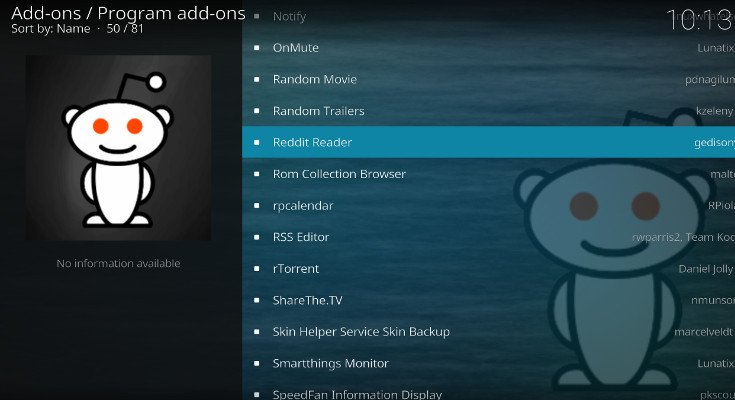 Interestingly enough, you can also install programs like Terrarium TV through Kodi. That includes the Terrarium TV app itself, so we have a clear winner when it comes to overall content.

When you first fire up TTV, you won’t have any problem finding something to watch. There are thousands of films and more TV shows than you can shake a stick at. Want to watch an old miniseries from your youth?

There’s a strong chance it’s available, along with any other thing you can imagine. We attempted to count the films in one section but lost track at well over 200. That said, looks can be deceiving as you may not be able to actually watch the content you have selected.

This streaming app works through providers and hosts as well, so if a host it down, you can’t get that flick. You may be able to find it in a different quality or simply choose a different provider, but that’ doesn’t always work. You may also have to contend with Terrarium TV buffering issues, something that can hit Kodi add-ons as well.

While there’s no adult content, there is everything else. You can also choose to download or stream media through the Terrarium TV depending on your preferences. If you want ease of use, you’re better off with TTV, but you can get more overall from the Kodi app.

It’s safe to say most people stream media from their smartphones or slates. Well, we’re happy to say both Terrarium TV and Kodi work with almost every Android handset under the sun. If you own an iOS device, things are a bit more difficult with TTV, but anything is possible if you have a little technical know-how.

Outside of the mobile scene, the platform question becomes much clearer. Kodi is without a doubt the more widely accepted program of the two. It’s available for use on Windows, Linux, Mac OS, Raspberry Pi system and iOS along with the “Krypton” port which is suitable for other systems.

On the flipside, Terrarium TV is mainly a mobile app unless you use it through a program like Kodi. You can get it to work on PCs through the BlueStacks app although the process may be a bit tricky for some. If you want to give it a shot, our tutorial on Terrarium TV and BlueStacks will point you in the right direction.

You can use Terrarium TV on the Fire Stick and other gadgets, but the easy winner in our eyes for this round of our Terrarium TV vs Kodi battle would be Kodi. It’s not even close.

Both options will allow you to stream movies and TV shows until your eyes bleed, but TTV is much similar to use than Kodi. Alternatively, Kodi provides you with more options across the board, and you’re not in that fun “grey” area straight away. You only go down that road if you choose to add certain add-ons from Kodi repositories.

At the end of the day, it comes down to your needs and skill level to a degree. While our tutorials will certainly help you along, you should still be comfortable enough to use your streamer on a daily basis with ease. Keep that VPN in mind as well, especially if you prefer to store media instead of stream it.