Terrarium TV Buffering Issues and How to Fix Them Streaming media can be a blessing, but it can also be a curse. Especially if you have a poor internet connection, or frequently experience issues with your favorite streaming app. Terrarium TV buffering issues is something that plagues plenty of users, and can quickly kill an evening.

Well, they won’t after today if you follow our guide. We’ve compiled a list of quick tips on how to avoid buffering problems in streaming apps. You may find that some of these fixes will also work with other streaming apps as well.

Before you can fix buffering, you must understand exactly what it is. Thankfully, it’s simple enough to explain. Have you ever watched Netflix only to have it pause itself midstream? That’s buffering, as the program takes a small break until it can stream your movies and TV shows without lag.

It’s something we have all encountered whether it’s watching a streaming movie or playing an online FPS game – lag is a killer. If it’s due to your connection being too weak to handle the stream, there is not much we can do as that is a guide for another day.

If your internet connection is strong, and it’s just an issue with a particular streaming app, we’re going to show you how to fix buffering issues on Terrarium TV.

The first thing you want to keep in mind is that Terrarium TV is not an actual service like a traditional streaming app. They don’t host anything, so they can’t fix your buffering issue as it’s not on their end. That would be the providers or hosts. Before we get into that, there are a few other simple steps to take.

You can clear data by clearing out the cache. This is a valuable and overlooked step to buffer-free streaming. You will also want to check your Android device to make sure you don’t have anything else eating up your data in the background. Several apps running at once can make your data take a hit. 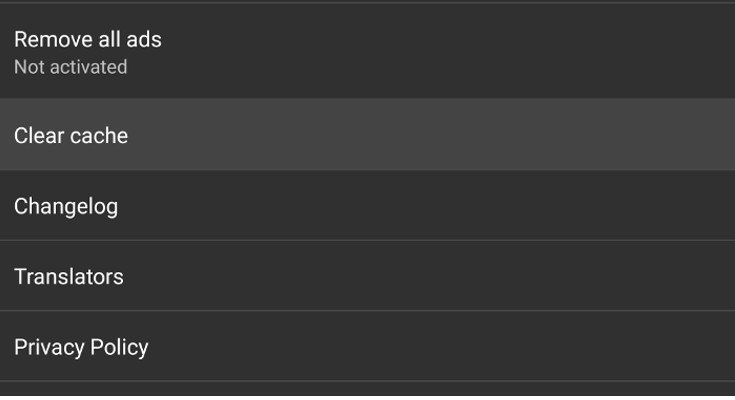 Terrarium TV gives you the option to use several different players when you first fire it up. While they may prompt you to go a particular route, the choice is yours. Whether you went with their suggestion solution to keep the ads away or dig MX Player, consider a switch.

Sometimes the media player can be the issue, not necessarily the stream. Your player is a separate app entirely so make sure it’s up to date, and try an alternative if you continue to have Terrarium TV buffering problems.

We’ve said it before, and we’ll say it once more… what’s here today may be gone tomorrow. That’s key to remember in the wacky world of streaming apps, and most definitely true when it comes to the providers.

You may have a favorite source to stream from, but that could be the entire problem. That provider could be everyone else’s favorite as well, or they could have their own issues with bandwidth. If you don’t succeed with the first source, try the next.

If you feel it’s a speed issue and not a problem with a provider, you can also choose a lower quality source to stream. When all else fails, and you still find yourself stuck at the dreaded loading screen of death, then it’s time to try another film or show.

On the off chance that nothing works, you could have a larger problem on your hands. Before you start tinkering with wires, we have something that may help.

We aren’t going to go too deep here as there are too many things that “could” be causing an issue with your connection if it isn’t the app itself or the providers.

In this case, the simplest thing to do is run a speed test. You’ll quickly know if there is an issue with your speed, and if it’s something you need to call in about. Ethernet cables can be your best friend as well. Routers do go bad, so be sure to try a wired connection before calling in a tech.

In a worst-case scenario, there is an off chance your internet service provider is throttling your bandwidth. This varies depending on where you live and your provider. There are plenty of reasons they can throttle your speed as well. That said, if you are using a solid VPN, you can cross one reason off that list.

It doesn’t matter if your neighbor is stealing your Wi-Fi or it’s your brother hogging the bandwidth; buffering issues are a drag. Streaming apps may come and go, but buffering will remain the same. That means our tips will work on future versions of the Terrarium TV app along with other devices like the Fire TV, Chromecast or Roku.

Do you experience Terrarium TV buffering issues frequently or only in certain instances?