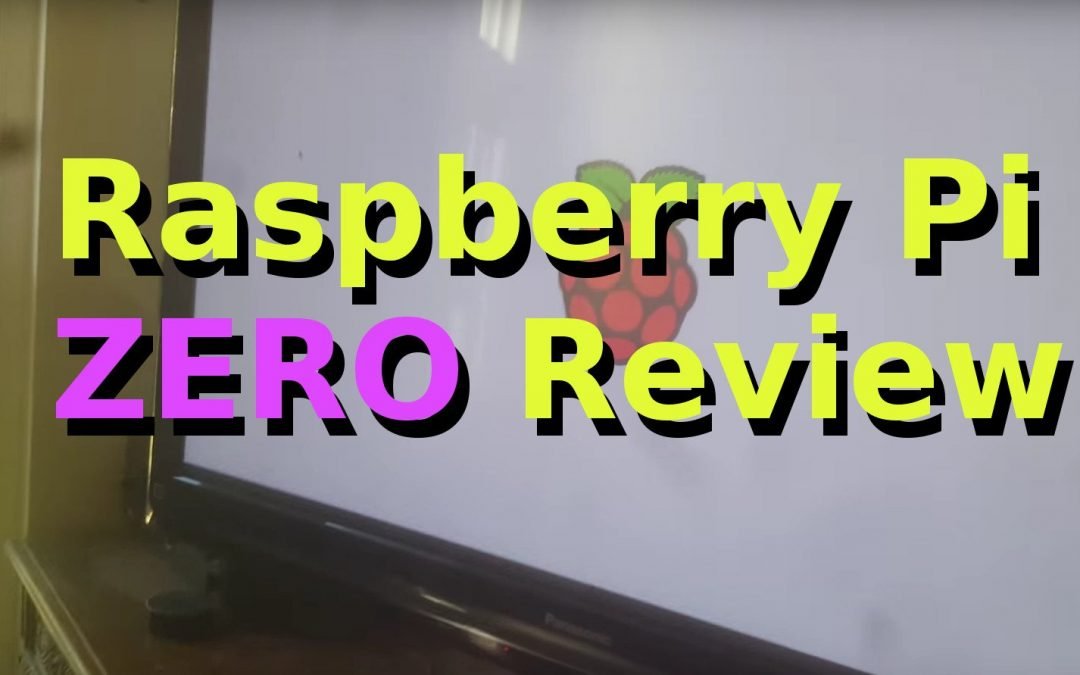 This is a Raspberry Pi Zero Review, with specs and RPi capabilities.  Raspberry Pi zero is a $5 computer that runs Kodi emulators and even full Linux operating system. Sporting of 1 gigahertz processor and a half a gig of RAM, the Raspberry Pi zero plays mediate extremely well.

You can also use it for a limitless variety of applications, such as Network penetration testing, Arduino development, attach one to a drone, or even make a jukebox out of a Raspberry Pi zero.

I’m particularly glad that I encoutered no trouble in attaching the WiFi dongle, the USB hub, or my “nano”-sized Logitecth (Unifying) Universal Receiver.  I had no trouble with any add-on devices, for that matter.  The operating system (Raspbian) had the drivers pre-installed for the WiFi adapter and the Logitecth Unifying Receiver. 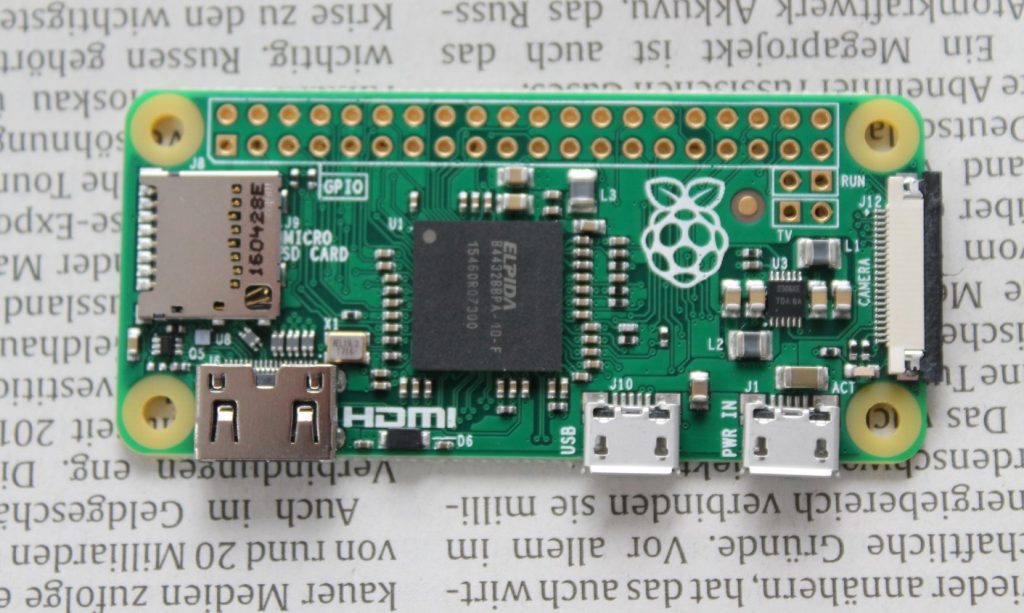 To install a new operating system, you can either..

B)  Or you can just erase your 1st Micro SD card.

For this Raspberry Pi Zero review, I will keep it short and just install Raspbian onto a single Micro SD card.  Raspbian is downloadable for free from the official RPi download page here.

At this time, I plan to have at least four Micro SD cards so I can switch-out the operating system easily (“on-the-fly”) on my Raspberry Pi Zero.  This is done by simply powering off the unit, then swapping out the memory card and power it on again.

The four (or more) Micro SD cards I plan to have are:

It’s easier and cheaper to setup emulators on Raspberry Pi Zero than it is to set up emulators on Fire Stick.  Why?  It’s cheaper because the Raspberry Pi Zero has a USB port built right into it, so you can use any retro USB gamepad to play retro console games on your RPi.  This is in contrast to the FireStick, which has no USB ports.  THerefore, you must use only Bluetooth gamepads with the FireStick, which cost around $35 each (at least).

If you give presentations at school / college, this would useful for classrooms with projectors!

The Raspberry Pi zero can be used for just about anything, so we can also even use it for hacking! We like to refer to this as Network penetration testing, but the word hacking is pretty much the same thing.  Since the Raspberry Pi zero is essentially a small Linux computer, it is perfect to use as a network testing console.

Although we’d like to do an in-depth hacking tutorial in this Raspberry Pi Zero review, we will cover that in another lesson.

There’s even an operating system for Raspberry Pi called MusicBox.  It’s just that: a way for you to play all your favorite music tracks using the tiny $5 computer.  The MusicBox OS supports Spotify and several other online services.

This jukebox-Raspberry Pi is perfect for plugging into any USB-audio enabled devices.  But keep in mind the Raspberry Pi doesn’t have an on-board audio output port.  So you’ll need to either get a USB-to-analog-audio adapter, or plug the RPi into a USB-audio player.

Setting up the Raspberry Pi zeros pretty easy. All you do is attach an HDMI cable, a power source, and your USB devices. Then you use a PC or Mac to download and right the operating system to a MicroSD card. Then you stick the microSD card into the Raspberry Pi, and Boot It up.

After that you simply follow the onscreen prompts to complete the operating system install process. this process is generally the same for pretty much any operating system you want to install and Raspberry Pi zero.

This pretty much eliminates the need to have a USB hub connected to your Raspberry Pi Zero.  So enjoy the added flexibility and clutter reduction you get from the new Raspberry Pi Zero Wireless (“W”) edition.  It costs only $5 more than the non-Wireless Raspberry Pi Zero, bringing it to a whopping $10 USD.  Then add $9.95 for shipping to the U.S.

This makes a Raspberry Pi emulation station much easier, since now we can get WiFi connected without needing an external adapter!  Use this to download your emulators and games.  Also forfeit the need to have wired controllers, because now you can go wireless with Bluetooth controllers!  So eliminate the wires and clutter – spend $5 more and get the Raspberry Pi Zero Wireless edition.  You won’t regret the WiFi and Bluetooth capabilities!

This Raspberry Pi Zero review hopes to answer your basic questions about this awesome $5 SBC.