I made this Raspberry Pi operating systems list so you can look through them all and choose the one(s) best for you.  It took me plenty of time to make this list, so I hope you find it useful.

I scoured through NOOBS, PINN, and BerryBoot to find all the RPi OSes I could possibly gather for this “ultimate” Raspberry Pi operating systems list.

Then I list all the Raspberry Pi operating systems I’ve tested and my notes on each one.

What are NOOBS, PINN, and BerryBoot?  They’re Raspberry Pi operating system installers.  If you’ve used an App Store on a smartphone, then NOOBS / PINN / BerryBoot are like “Operating System Stores” for your Raspberry Pi.  Scroll down a little to see a screenshot of the NOOBS Operating System selection menu.

So essentially you can download NOOBS Lite (without Raspbian pre-packaged).

Or download NOOBS Full (which has the full Raspbian OS).

NOOBS Full has Raspbian built into it, so the NOOBS installer won’t have to download Raspbian if you want to install it.

Keep in mind you can STILL download and install the full Raspbian OS using NOOBS Lite.

But the best thing about NOOBS is that you can use it to install LibreELEC (which is basically Kodi) and RecalBox (which is an emulator system for playing classic games on RPi!).  Keep reading to set it up on your RPi:

Here’s how to install an operating system on Raspberry Pi using NOOBS:

..and Here are the Operating Systems you can Install on Raspberry Pi using NOOBS:

The NOOBS Full download just takes care of the Raspbian download before you put the Micro SD card into your RPi.

My experience with NOOBS:  NOOBS treats me very well every time I go to install operating systems on Raspberry Pi Zero or 3 (those are the only 2 models I currently own).  One thing I love about NOOBS is it has no trouble at all with the WiFi chip onboard the Raspberry Pi Zero and Raspberry Pi 3.

The reliability of NOOBS is amazing.  It just works.  And it’s fast & easy.

My favorite Raspberry Pi installer is PINN, because of its great selection of easily-installable operating systems.  PINN lets you install RetroPie and several other great RPi OSes. 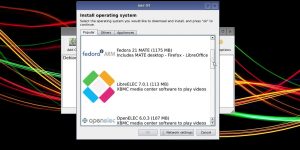 One major advantage of BerryBoot is that several operating-system-makers released “disk images” of their operating systems that slip right into the BerryBoot installer.  By “slip right into”, I mean you just copy the “.img” (disk image) file into a particular folder of the BerryBoot folder structure.  Then after you boot up your RPi into BerryBoot, you’ll see the OS as an option.

Here’s a current Raspberry Pi operating systems list.  You’ll find the best Raspberry Pi Operating Systems in this list – and even some of the not-so-best ones.

Install these OSes on Raspberry Pi by simply using NOOBS, PINN, or BerryBoot (see the top of this article or this Raspberry Pi install guide).

To see how to install operating systems with NOOBS, PINN, or BerryBoot, follow my Raspberry Pi operating install tutorial.

This trio of slick RPi OSes make it very, very possible (and easy) to use your Raspberry Pi as a Kodi player. 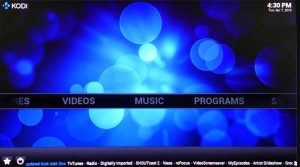 Another amazing trio of RPi OSes, the RetroPie / RecalBox / Lakka operating systems allow us to play retro games on our RPi.  By retro games, we mean classic console games like the ones on SNES and N64 (you need a Raspberry Pi 3 to play Nintendo 64 games). 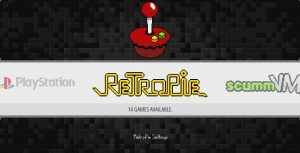 This is what RetroPie looks like on Raspberry Pi!

The Raspbian OS is a customized version of Linux made just for Raspberry Pi.  PIXEL is the name of the GUI that the developers made custom for the Raspberry Pi version of Debian Linux, or “Raspbian”. 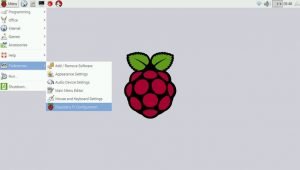 You can also download a no-GUI version of Raspbian, which is command-line only.  This is for coders and people who are comfortable typing in commands to control their PC instead of using a mouse and keyboard.  This also works great as any kind of SERVER, such as a file server or Plex Media Server.

Since small tasks like connecting to WiFi can be a pain via command line, I prefer to do it with Raspbian.  Then I take advantage of the wide-open Linux Debian-based Raspbian OS to run whatever server applications I need.

Some examples of amazing server apps to run on Raspbian are:

Using NAS to transfer files between two devices wirelessly (via WiFi!) is much smoother than using a USB thumb drive.  Thumb drives are so 2010!

Best Operating Systems for Raspberry Pi Not Available in NOOBS, PINN, or BerryBoot

The RasPlex Raspberry Pi operating system is a Plex client.  This means your RPi will stream movies from a Plex server that’s set up on your local network.

Setting up a Plex server is easy and can be done on a PC, a Raspberry Pi 3, or several other devices.  Watch my tutorial on how to make a $50 Plex Server out of a Raspberry Pi 3.

Yes – you can host a WordPress blog with Raspberry Pi.  PressPi (supposedly) does exactly that.  UPDATE:  I actually tried PressPi and had no luck.  I could not get anything to work!  Instead, it was much much easier for me to simply install Raspbian with PIXEL using NOOBS.  Then use Raspbian to install Apache, MySQL and PHP.  Then follow the standard WordPress install instructions. 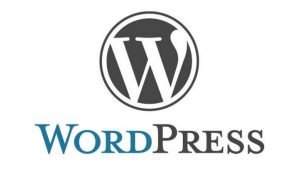 I couldn’t get PressPi working, but here it is in case you want to try it!

The idea of PressPi is to quickly setup a Raspberry Pi as a WordPress website server.  Personally, I wanted to use this quite a bit for developing WordPress sites.  But after I found that PressPi wasn’t as easy to setup as I’d hoped, I simply installed Raspbian with PIXEL and then set up a “LAMP” stack (Linux, Apache, MySQL, PHP) web server.

Even if you do manage to get the PressPi WordPress Server running, there’s no GUI (Graphical User Interface)!  So unless if you’re comfortable configuring a web server by typing in commands instead of using a mouse and keyboard, give it a shot.  Or don’t.  Raspbian Linux for Raspberry Pi 3 is a better bet.

The Kano operating system is made for kids.  Download it here.

Check it out here. 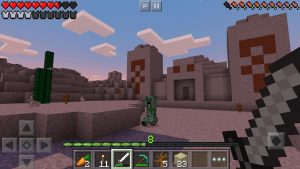 Use Shairport Sync for RPi.

Check it out here.

The Screenly operating system for Raspberry Pi 3 lets you turn any HDMI TV or monitor into your own custom digital sign.  This is way cooler than it may seem at first.

Notice how more and more restaraunts are moving from old-fashioned signs to digital signs?

This is how they do it: Screenly for Raspberry Pi 3Screenly can be installed easily using BerryBoot.

This is the management screen for Screenly. Yes, it’s web-based! So you can use your RPi “headless” and control it remotely.

Simply put the address shown on your Screenly device into any web browser that’s on the same WiFi network.  For example, my Screenly said the IP address was “192.168.0.16”, then it had “:8080” at the end.  Just put the IP address (and the “:8080”) into a web browser and it’ll show you the Screenly management console.  Simply click “Add Asset” to add a new video to your new digital sign.

This is a great way for someone to start their own digital signage business.

This great operating system is basically a clone of RecalBox with Kodi on the side.  So, with Batocera, you can play retro games and stream movies & TV shows with Kodi.  This dual-boot feature makes Batocera one of my favorite OSes in our Raspberry Pi operating systems list.

Install Batocera and you’ll get a Raspberry Pi that boots right up into the RecalBox emulator system (even with several test games to play!). 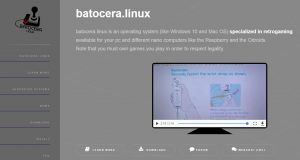 Batocera has a pretty nice website. You should check it out!

To launch Kodi from within RecalBox, just open the RecalBox main menu (by pressing Enter on the keyboard), then select “Kodi Media Center” by using the arrows on your keyboard, then press the “A” key to press “Kodi Media Center”.  RecalBox will reboot into Kodi – then just install TV Addons and set up a Kodi VPN.

If there was 1 OS that most closely resembles a PS4 interface in our Raspberry Pi operating systems list, it’s the Lakka emulator.

What makes Lakka unique is it’s interface.  The interface is very reminiscent of a Playstation 2, Playstation 3, or PS4 homescreen (I can’t remember which one it most closely resembles.

This is the Lakka emulator’s home screen

But the core of Lakka is a solid emulator system, regardless of the homescreen display.

One more thing that makes Lakka different than other Raspberry Pi emulators is how it gives you several options to scan for games and find games on your memory card / external hard drive or thumb drive.  This is one huge problem I’ve had with RetroPie and RecalBox: it’s harder than it should be to copy games to the system.  Therefore, the fact that Lakka addresses the difficulty of game copying solves a huge problem for me. 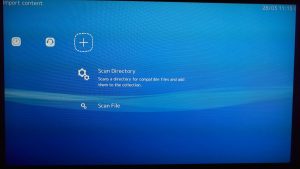 Here’s the screen that lets you Scan a Directory for games! Much easier than RetroPie or RecalBox.

So, I will spend quite a bit more time messing with Lakka to see if it’s significantly easier to load games.  If so, it might be worth trading the “classic” look of RecalBox for the easy game-loading of Lakka.  Fortunately, we can choose from Lakka, RecalBox, or RetroPie as three different unique operating systems for emulating classic games on RPi.  In addition to that, we have at least one “spin-off” of RecalBox, called Batocera.

Lakka gives us a no-BS approach to playing retro games on Raspberry Pi 3, 2, 1, or 0.  It has a simple menu system, and like I already mentioned, at least a few simple options to scan your games.  Here are your options for copying / finding / scanning games in Lakka:

Have a suggestion for our Raspberry Pi operating systems list?  Let us know on the KFire YouTube channel! 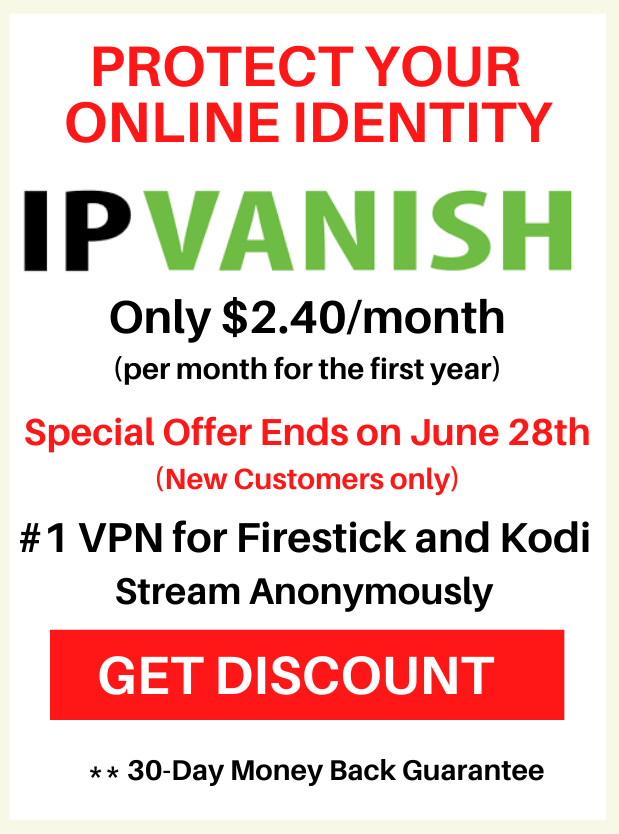