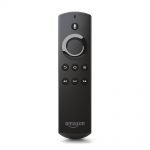 Amazon’s new Fire TV boasts a much-upgraded processor, a dedicated graphics processor, and several other improvements. This is sure to top what Apple currently has for its top streaming set-top box.

Amazon tacked on 75% more processing power by adding a MediaTek 64-bit quad-core CPU and a dedicated GPU. This processor configuration stands up to the new Apple TV’s 64-bit A8 chip.  Amazon says it has 5x the processing power of the newest Rokus and 8x the CPU of Chromecast.

*Note:  Roku doesn’t support Kodi, so that’s a major disadvantage.  This is in contrast to FireTV and FireStick which make it easy to add your own apps to FireTV.

These specs far outweigh the specs of the new Fire Stick (FireStick 2).

What does the new Fire TV cost?

You can get a Fire TV 2 new from Amazon for $99. Amazon is keeping it real by limiting that price to sub-$100. 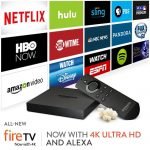 Can I sideload apps on the new Fire TV (aka Fire TV 2)?

Yes. The OS functionality of the new Fire TV is the same as previous Fire TV models in regard to sideloading apps. In fact, sideloaded apps should work amazingly well with the new Fire TV specs.

What does the new Fire TV mean?

It means much, much better video quality and seamless playback.  It means 4K video – it means better 1080P playback – it means more power for everything like emulators, browsing, and nameless other tasks.

For devoted Apple maniacs, this news isn’t much for them to be excited about.  However, for the growing base of Fire TV fans, this is great news.  To know that Amazon is investing resources and branding in their set top line is a smart move.  The new Fire TV sets them at the front of the current set top box race, leaving Apple in the dust… for now.