Many users have reported that they need a Kodi Pair fix (aka “Kodi Not Connecting” problem) .  This tutorial shows you how to reset Kodi on Firestick, install a brand new copy of Kodi latest version, and finally how to install one of the best Kodi builds.

To play this video, authorization is required.  Visit the link below to authorize the devices on your network: https://openload.co/pair then click Pair.

Fix this “OpenLoad pairing” Kodi issue with the Step-by-Step guide further down this page.

For Beginners: What is a Kodi Build?

The “Kodi builds” mentioned above automatically installs a pre-configured selection of the best currently-working (as of Tuesday November 29, 2022) TVAddons in Kodi.  If your Kodi is full of TVAddons, extra menus, and lots of “stuff”, then you probably have a Kodi build installed already.  But since most Kodi builds rely heavily upon many TVAddons (which commonly go offline), these Kodi builds can “break” easily.  That’s what this guide is for – to show you how to fix your own Kodi when it breaks, whether you have a Kodi build installed or not.  So keep reading to Fix Kodi! 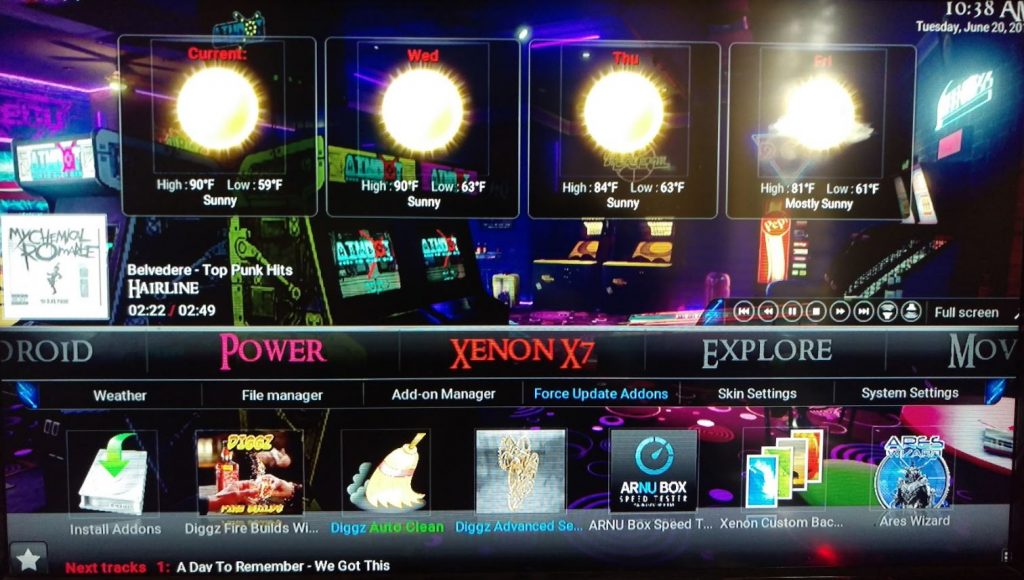 Installing a Kodi build after you Fix Kodi with our Kodi Pair Fix is far easier than individually installing TVAddons in Kodi.  Although you can install Exodus by itself using our updated Install Exodus guide.

This is Why You Need a Kodi Pair Fix:

Your “Kodi pair fix” issues are most likely caused by a combination of factors.  These factors are listed directly below, and they can all be solved by using the Step-by-Step Instructions on this page (scroll down):

The step-by-step guide below shows you how to first Clear Kodi Data (twice) to make your Kodi like brand new.

Then in Part B we install a Kodi Build or TVAddons to get you streaming again in no time flat.

First try this:  Try to press “Cancel” using the Center button on the Fire TV Remote when the “Pairing required” notification appears.  Sometimes if you press Cancel (quickly – immediately after the Pairing Required popup box appears), then the stream will actually proceed to play.  But if you’ve tried this several times and still no luck, then use the steps below to fix your Kodi OpenLoad pairing problem:

Now that the Kodi data is cleared, we simply follow one of my tutorial guides (below) to install a Kodi build or TVAddons.

Now that your Kodi installation is completely clear of all Data and Cache, it’s time to (re-)install a nice Kodi build or individual TVAddons using the tutorial links below.

Use the links below to Install a Kodi Build or Install TVAddons.

The tutorials above get your Kodi up to the point where you can watch streaming movies & TV shows.

After you’re done with the steps above, do Part C below to protect your streaming data on your Firestick or Fire TV.

Part C:  Set Up Kodi VPN to Maximize # of Sources

Sometimes, a VPN connection can result in seeing more Sources in Kodi.  To install a VPN on Firestick in about 5 minutes, use the tutorial link below.

After you fix Kodi Firestick won’t connect issues, make sure you Subscribe to us via email or on the KFire YouTube to stay up-to-date on streaming news.

These other Kodi pairing error messages are some you might see:

The Kodi OpenLoad fix demonstratred in the tutorial above should fix pretty much any Kodi pairing issues you may have, displaying any Pairing URL like OpenLoad.

I hope this Kodi pair fix helps you solve your streaming troubles.

If not, try a Kodi alternative like Terrarium TV, Mobdro, or Show Box.