This is a complete Kodi 17 (“Krypton”) tutorial set.  In this series of YouTube videos and written guides, we show you how to install the new (2017) version of Kodi (aka “Krypton”), how to install TV Addons in Kodi Krypton (17), and other essential Kodi 17 processes.

Compatibility:  Although I made these tutorials for Amazon Fire Stick, they also apply to Fire TV, Android, PC, Mac, jailbroken iPhone / iPad, Raspberry Pi, and all other Kodi-capable devices.

How to Install Kodi 17

The install Kodi Krypton process is just like installing Kodi 16, just with a “newer” installer file (v17 instead of 16!).  Therefore, on Amazon FireStick, you basically use the “Downloader” app to download and launch the Kodi 17.1 APK File.

Once Kodi is installed, simply add TVAddons (or install a Build) using the video tutorials below.  Why?  We install TVAddons or a Kodi Build because it enables us to get the most out of Kodi 17 Krypton. 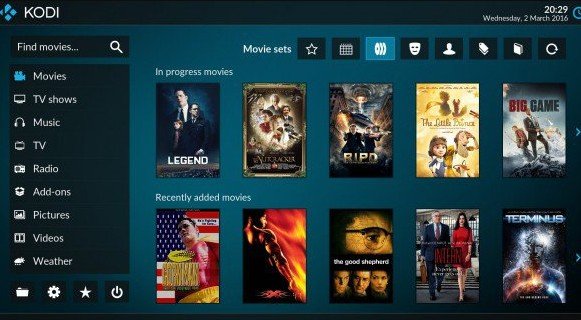 Other than that, the main user-interface difference between Kodi Jarvis and Kodi Krypton is Kodi Krypton’s skin.  The Kodi Krypton SKIN is quite different from the Kodi 16 skin.  So you see that several items are in different places than they were before.  Therefore, we found it easiest to switch the Kodi 17 Skin to Kodi 16 skin in order to make the TV Addon install process faster, easier, and feel more like “home”.  So see how to change the Kodi Krypton skin back to Kodi Jarvis skin below if you run into that issue.

Kodi Krypton builds are just like Kodi 16 builds.  But some particular Kodi builds are optimized for Kodi Krypton.  For this reason, we created our own list of the Top 6 Kodi Krypton Builds for streaming live TV (IPTV), movies, sports games, and TV show episodes.

To replace Kodi 16 with Kodi Krypton, you have a few options:

How to Remove Kodi 17 from FireStick

The “new” Kodi Krypton is a great new advancement in the Kodi software.  So, take advantage of all the hard work, bug fixes, and improvements the XBMC / Kodi team put into this project.  Install Kodi Krypton today!