How to Install Kodi 17.3 FireStick (No PC Required!) 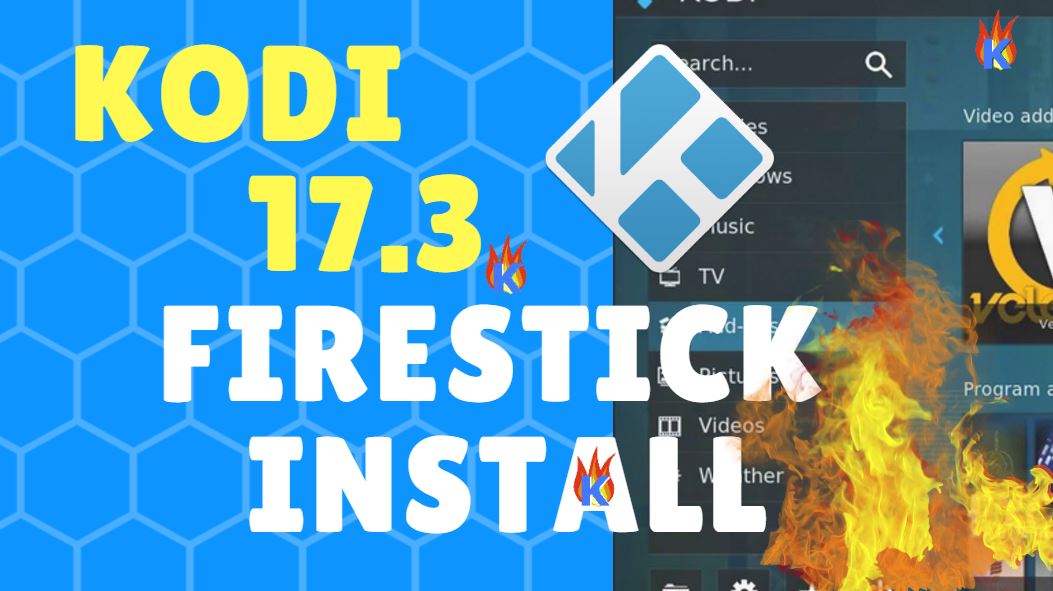 The Latest and LAST Kodi Krypton (17.6) RELEASED! Get the latest and LAST version of Kodi Krypton right now at https://www.kodifiretvstick.com/kodi-v176-install-update/ and learn some tricks toward making future updates to Kodi on Android devices EXTREMELY EASY as well!

Now that Kodi 17.3 Firestick Official is released, Team Kodi conveniently made a short download link for us.  This link lets us easily download and Install Kodi 17 FireStick (& Fire TV).  To install Kodi 17 Krypton on Fire TV or Fire Stick, simply add the “Downloader” App to your Firestick.  Then use Downloader to download the Kodi 17.3 apk file so you can start streaming now!

How to Install Kodi 17.3 FireStick

Don’t forget the last step of the process above!

Why?  Because the last step of the Kodi install process sets up TV Addons on your device and protects your streams by using automated encryption.  Use my Kodi VPN YouTube video to set this up in just a few minutes on FireStick, Android, iPhone, PC or any other device.

If you happen to have trouble with this install method (which you shouldn’t), try the Alternative method (scroll down).  Enjoy the power of Kodi 17.0 Official Release on your Fire Stick / Fire TV! (We also have download links for Kodi 16.1 Jarvis and Kodi Krypton Release Candidate 3 RC3)

The YouTube video below shows you how to install the new Kodi 17.3 on Fire Stick or Fire TV:

Sorry about the audio in the tutorial above – YouTube’s video editor made it sound like crap!  I’ll re-do it soon.

The video below shows you what to do after you install Kodi 17.3 FireStick.  These instructions also work for Amazon Fire TV, Android TV Box, or literally any device with Kodi installed (because Kodi is the same on all operating systems, or “cross-platform”):

Use the steps in the video above to install TV Addons in Kodi Krypton using the Kodi 17 Config Wizard (which is now called the Indigo Wizard).

How to Install Kodi 17.3 on Android TV Box

If the above steps didn’t work for you, try again using my Kodi 17.3 FireStick Sideload method:

The changes brought by Kodi 17.3 are centered around a security vulnerability that existed with Kodi subtitle files (.srt files).

Essentially, a malicious person could upload malicious code to the OpenSubtitles.org site – then put .srt files in with a movie that point to the malicious files.  So, Kodi 17.3 is a security improvement for you – the Kodi end user.