How to Identify Firestick 2nd Generation Among Others? 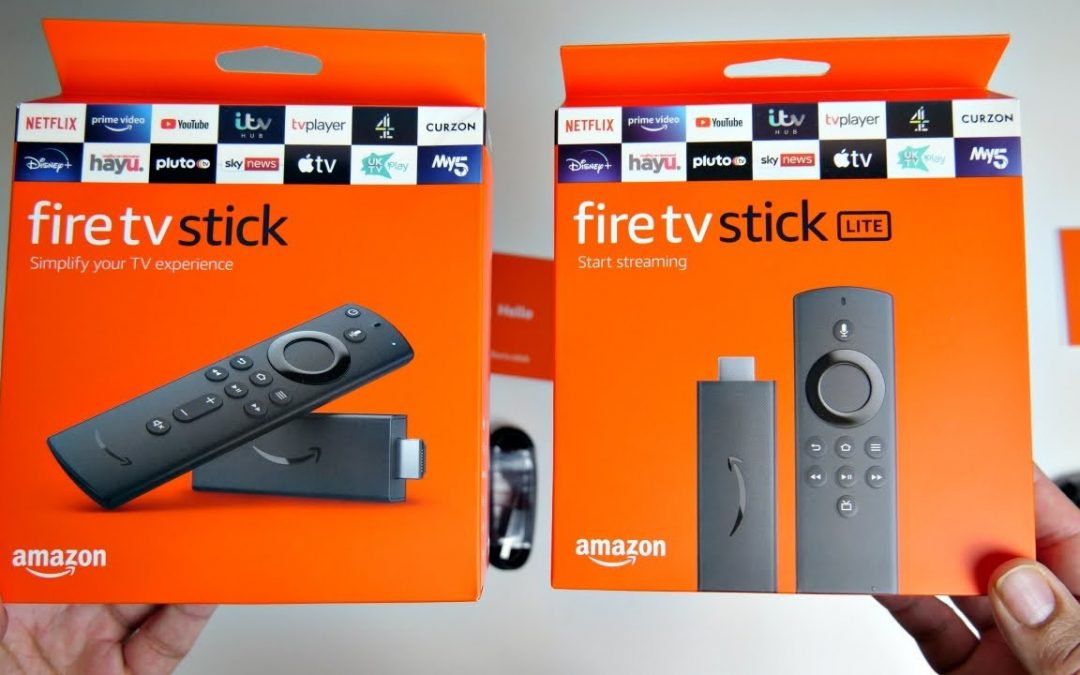 Amazon’s Firestick has been around for a couple of years, and it’s something that can make your TV viewing experience much better. However, did you know there is more than one generation of the Firestick available? Before we compare fire sticks and get into how to tell which generation you own, let’s take a look an in-depth look at Amazon’s most popular streaming device – Firestick 2nd generation.

What is Firestick 2nd Generation?

As you can tell, the second generation is an improved version of the first generation Firestick. It is much faster and more capable of streaming videos without any glitches. It was released on October 20, 2016. It is codenamed “Tank” and comes with a new Alexa voice-compatible remote.

Other updates include a much faster Mediatek MT8127D quadcore ARM 1.3 GHz processor. On the RAM and storage front, there are no upgrades as you get 1GB of processing memory and 8GB of storage like the first generation Fire TV Stick.

In terms of weight, the second generation Firestick weighs slightly more at 31g or 1.1oz.

Amazon discontinued the very first Firestick model, which was released back in 2014. Today, we only have its upgrades, Fire TV Stick 4K, Fire TV Stick Lite, Second and Third Gen Fire Tv Sticks as the most popular variants in Amazon’s Fire lineup. Let’s see how Firestick second-gen stacks up against its successors in different features.

All the Firestick variants mentioned earlier weigh the same (i.e. 32g) when it comes to mass. They also have the exact same dimensions (86 mm x 30.0 mm x 12.6 mm). The only exception is Firestick 4K which is a lot heavier (53.5g). But, it makes sense because FireStick 4K device is a lot longer and bulkier than the other versions. You can feel the difference in mass in a single glance.

Similarly, the second-gen Firestick uses the regular 1 GB RAM for temporary storage. On the other hand, all the other three pack 1 GB DDR4, which gives better transfer rates and consumes less power. As for graphics, the Gen 2 Firestick utilizes a Mali450 MP4 GPU, while the other three use IMG GE8300.

Internal storage across all the devices in Amazon’s Fire lineup has been the same, i.e. 8GB so far. So, don’t expect more!

All of the Amazon Fire Stick variants come with a dual-band, dual-antenna Wi-Fi (MIMO). It helps boost the streaming speeds and avoid frequent disconnections. However, the only exception has been the latest Amazon Fire Tv Stick 4K Max, which is capable of Wi-Fi 6. As for Bluetooth, 2nd gen Firestick feels dated as it’s only capable of Bluetooth 4.1. LE. The other variants use Bluetooth 5.0 LE.

You can control media players in all of these devices using your voice. To do so, use the Alexa voice remote, FireTV app, or a connected Echo device. Likewise, you can utilize these devices to control IR-enabled compatible gadgets/devices. For instance, you can control your TV (if it is compatible) to shut down, power on, lower/increase the volume and take care of other basic functions.

Miracast – A feature that lets users mirror their Fire Tablet’s screen to their TV.

Cloud storage – When it comes to digital content, all of them can utilize the free cloud storage by Amazon.

Ports – Similarly, they all feature an HDMI out and a micro USB port for power.

Which Firestick Generation do you own?

Amazon’s wide range of Fire Tv Stick variants can be a little confusing. There are very minor differences between all the models. A cursory glance and a casual user will never be able to tell the difference. They are all roughly the same shape and size, offering video streaming with an HDMI port. Remotes are very similar as well.

However, if you look a little deeper, you can differentiate between different generations and variants.

Let’s take a look at how you can tell which is which.

The easiest method to determine which variant or generation you got is the software method. You need to install software such as the Informer app on your Firestick. Yes, it’s available on the official Amazon Appstore, so no need to sideload. You can simply go to the search option on your firestick device, look up Informer, download, and install. After you launch the Informer app, it lets you know the exact details about your model. Easy peasy solution.

The second method is to try to ascertain your model’s generation by looking at its hardware. It’s a little tricky, but it works too. Here’s how:

First Gen FireStick: It’s physically the smallest Firestick out there, measuring just 3.3 inches in length. On the side opposite the Amazon logo, if you check the tiny text, it will say, “Model No. W87CUN”.

Now, this is a banger. The third-gen Firestick and First-gen Firestick Lite are completely indistinguishable from each other. You cannot tell the difference apart just by looking at the hardware. Both have the same text, “Model No: S3L46N”, on one side. The only way to tell them apart is by looking at the remote. If your device’s remote has a power button, you have amazon fire tv stick 3rd generation then. First-gen Firestick Lite has a remote with no power button. However, keep in mind, remotes for both of these devices are interchangeable. You can use one remote with the other device. Therefore, you should know which remote originally came with which device. Don’t just bank on which remote control happens to work with your device.

What is the Newest Amazon Fire TV Stick?

The newest Firestick device is the Firestick 4K Max. It was released in October 2021. The latest streaming device is a beast of a streamer and sits between the regular Firestick devices and Firetv Cube in terms of performance. It gives you 40% power efficiency and faster app launches, thanks to a better 1.8 GHz processor and 2GB RAM. It supports 4K Ultra HD streaming, Wi-Fi 6, Dolby Vision/Atmos, and more. Storage is the same, 8 GB, though.

So, there you have it. Everything you wanted to know about Amazon’s second-generation Fire Tv Stick. Additionally, we also covered how to tell the difference between different variants and generations in detail. Hopefully, now you can differentiate between different variants/generations by just looking at the software or hardware of a Firestick. Now you can also update Firestick if you own an older model. As technology has advanced, we are seeing very few second-gen Firesticks in the market. But they are still a popular choice among cord-cutters. Happy streaming!

Is Fire TV the same as Firestick?

Fire TV – as a term – refers to a lineup of digital media players by Amazon. These devices deliver digital audio/video content via the internet to a compatible television screen. Fire Stick is a device in the same lineup, sometimes referred to as Fire TV Stick.

What is the difference between 1st and 2nd generation fire sticks?

As we already discussed in the article, there are several differences between the first and second-generation Firestick. These differences are faster performance, sleeker appearance, and a better Alexa compatible remote in the second generation package.

If we are specifically talking about 2nd gen Fire Stick, there is no 4K device in that generation. However, Amazon released Firestick 4K as a separate device for 4K content. Its second-generation device is commonly known as Amazon Firestick 4K Ultra.

When did the 2nd generation fire tv stick come out?

How do I know if my Fire Stick is 4K?

Fire Stick 4K is longer than all the previous generations. A very noticeable sign is the lack of the word “Amazon” when you look at its logo on the side. It also has a new remote control with a power button, LED, and volume controls.

Which generation is 4K Firestick?

Firestick 4K has two variants so far. Some people call them two generations. The first 4K Firestick was launched in 2018. It supports 4K streaming along with HDR10 and Dolby Vision. On the other hand, the second 4K Firestick variant came in October 2021. It is called Firestick 4K Max and supports the latest Wi-Fi 6.

How long do Firesticks last?

Depending on your use, Firesticks can last up to 5 years or even more. Usually, it’s not the device that goes bad but the remote. The buttons wear down after extensive use. The good thing is, you can use the app to control your Firestick.