Hulu Down? Use these Best Hulu Alternatives to Stream Everything! 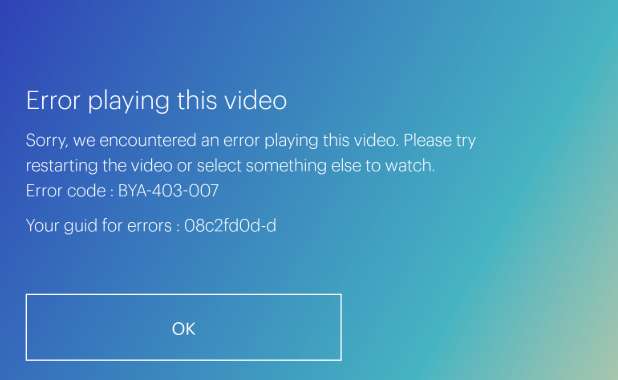 Is Hulu Down for you?  Then use this guide with Hulu Alternatives to get back to streaming in no time.

We live in an era where it is now finally acceptable to binge-watch your favorite series or your favorite shows. There are so many benefits to watching your series online. Not only is it comfortable, quick to access and use but if you love to spend time watching TV shows you can always use the perfect excuse that they allow you to learn more about people, about different topics, and even different cultures.

However, things are not always that easy. With so many companies coming up with online streaming packages that they market to their possible customer base, there are a lot of options to pick from. And no single option gives you access to everything at once. If you are a fan of Hulu and have been using it for some time now as your streaming service, you surely are aware of recent events.

What happened to Hulu?

Hulu is down, or so say a lot of recent reports. Just a few days ago, users of this popular streaming platform started to report, mostly online, on social media sites such as Twitter, that the platform is/was not working. Slowly, the number of people that were experiencing this issue started to grow in number, leading to a large-scale problem that the company had to fix.

The services that stopped working were:

It’s not yet clear what caused the streaming platform to go down but what we can report is that these issues were able to be fixed by Hulu sometime after the outage happened.

What are some Hulu alternatives?

Let’s be honest here. When a streaming platform goes down, no one is happy. Not the people that own the platform and certainly not the customers who pay to have monthly access to the shows available on that streaming platform. That being said, there are always other alternatives to help you deal with such problems in the future.

There is no shame in using or having access to multiple streaming platforms, especially if some of them are free to use or you are interested in having the option to choose from as many shows or movies as possible. That being said, we’ll be talking at length about 11 other streaming alternatives that you can use when you inevitably see “Hulu down” trending again on Twitter.

The first streaming platform on this list is called APK Time. APK Time is basically a gateway app (or “unofficial app store“) that offers you access to a large number of streaming apps or platforms. The choices are vast and you can decide between Live TV apps, Entertainment Apps, Sports apps, and more, all contained in one handy application.

APK Time is great because you can use it with your Amazon Fire TV and also with Firestick. There are a lot of guides online that tell you how to install this APK on your Android devices but this one here will probably give the best explanation of how to make sure that this app will work on your device.

Please be aware that with this APK on your device, one of the best pieces of advice that you can follow is to get a VPN in order to cover your tracks online. This way search engines (like Google) and websites will have a hard time pinpointing your searches with your location, perfect for when you want to enjoy that guilty reality TV show that you’ve always loved.

Netflix is by far one of the biggest and most popular streaming online platforms that are currently available. With its app for your mobile device and the app for your Smart TVs, Netflix is built with comfort for its users in mind.

Keep Netflix in mind as a secondary option for when Hulu is down, the large selection of shows, their good subscription prices, and their offline download options make this streaming platform a great contender on the market. If you want to get the Netflix app on your Firestick, here is a great guide to help you get started with that.

Amazon Video is a new and improved platform where you can rent some titles, be they films or shows, and watch them from the comfort of your own home. What makes this platform great as an alternative to other streaming platforms is that you can pay for a $99 yearly subscription or you can use Amazon Video with an Amazon Prime membership and just pay and rent films or shows as needed.

The upside of Amazon Video is that you can set up parental controls very easily, you can also cancel an accidental purchase and you can also install it on your devices. If you want to install Amazon Video on your Firestick, here is a guide that helps you get through the steps needed. What makes this platform amazing is that you have the option to choose between a yearly subscription or this “pay as you use it” option, where you just rent films, perfect for those people that watch shows sparingly.

For just $50 dollars a month, you can have access to many basic cable channels and various TV shows and movies with Playstation Vue. If you want to also watch HBO or Showtime you can purchase additional packages that can give you access to them, making PlayStation Vue an in-one option for streaming fans worldwide.

If you want to know how to get PlayStation Vue on Firestick here is a great guide.

Sling Orange is a relatively new streaming platform where you can get a large number of channels. It is roughly inexpensive pricing-wise when compared with another streaming platform, as a subscription will cost you $25 dollars a month, $5 dollars more as of June 28th when the company decided to modify its prices.

With Sling Orange you will have access to 30 live channels, which include basic news channels such as CNN, BBC, ESPN and also Lifetime, TNT, and many more. The platform is available on a large number of devices but you can only stream one channel at a time. At its core, Sling Orange is cheaper than cable TV but it offers a similar experience to that not only in its interface but also in its one channel-at-a-time rule. While this streaming platform still has a lot of room to grow, it is a viable option to keep in mind as an alternative to Hulu.

Crackle is a streaming platform that is completely free. Owned by Sony Pictures Entertainment Company, this platform will offer you a large selection of movies, TV shows, and other programs that you will undoubtedly want to watch.

What makes Crackle great is that is completely free, and perfect for binge-watchers on a budget. Now, in order to compensate for the lack of a subscription, you will have to watch ads occasionally. However, keep in mind that with Crackle TV you can find movies that are actually popular and that you will want to see. You won’t be stuck with a long list of B-rated shows or series.

If you are an avid gamer then you know exactly what Twitch is. For those of you not in the loop, Twitch is a streaming platform that was designed with video game streaming in mind.

Basically, fans of a certain game can watch gamers compete in that video game, win matches, battle against other gamers, and more. With its live streaming, you as a viewer can react in real-time to the stream that you are watching.

Twitch TV not only allows you to see video game streams but also some eSports competitions, music broadcasts, and more. This streaming platform is made for fans of video games.

Vevo is a multinational video hosting service platform owned by Warner Music Group (WMG).  Vevo is incredibly popular on Youtube, another video platform, as it uses YouTube in order to publish most of its music videos.

Vevo hosts music videos created by Sony and Universal Music and it makes their company profits from the ad revenue and the views that they get on YouTube. Their app is currently available only on a select number of DVR and game consoles, meaning that Vevo is primarily active on YouTube.

Tubi TV is ready to rework the way we look at online streaming platforms. What makes it a great alternative to Hulu is the fact that it is totally free (like Crackle, above). Tubi TV has completely different business ethics, where they allow you to watch your favorite shows but in exchange, you will have to go through some ads.

YouTube TV is an online movie-streaming service that is only available via the YouTube app. YouTube TV includes more than 70 channels which can vary based on your region.

It is currently available in most of the world but it is working to be available worldwide. A big feature of YouTube TV is that you can watch live streams from cable TV channels.

Hulu down? Have no fear, you can use YouTube TV to watch your favorite shows.

Kodi is a streaming platform that has been around for around 17 years. It was first launched in 2002 under a different name (“XBMC“) but the name changed to Kodi in 2015. The reason why Kodi is one of the best online streaming services is that you can watch content and listen to music on almost every major operating system that is currently available.

You can use Kodi on your phone, tablet, PC, laptop, TV, and many others. It has a very modern user interface. If you want to make the best of your online content streaming you can use third-party add-ons in order to tweak your preferences. With add-ons that allow you to watch TV series and movies from web streaming sites, Kodi because the original and the most versatile all-in-one free-to-use streaming platform.