How to Watch HBO Max on Firestick in 3 Easy Steps 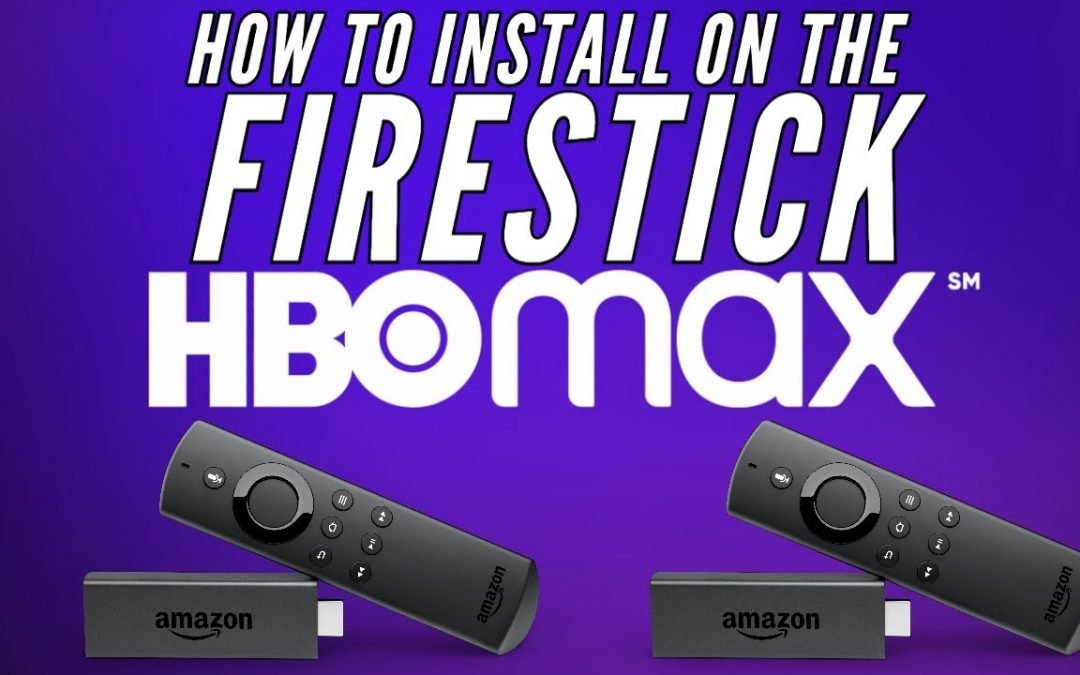 HBO Max first appeared on the market in May 2020, and immediately got a great reception from critics and viewers alike. Millions of users have downloaded HBO Max on a variety of devices since then. The new platform has proved to be a hit on Apple TV, Android TV, iOS, Android, Chromecast, Xbox, PS4, and Samsung TV.

However, you might notice that the Amazon Firestick is not included in this list of popular HBO Max platforms. That is because Amazon has chosen to block HBO Max on Firestick for its users. Why is that, you might wonder?

Well, the details are a bit boring, but it is essentially the same old problem it always is when two mega-corporations find themselves in a tussle: Cold Hard Cash. Suffice it to say that Amazon and HBO are still involved in negotiations with each other, and so far no agreement has been reached. Until they do, Amazon has banned HBO Max on Firestick.

However, the drama between these two has absolutely nothing to do with you, so why should you have to suffer while they fight over obscene amounts of money. As luck would have it, you don’t have to wait for them to resolve their issues! You can install HBO Max on Firestick right now and have it downloaded and ready to use in minutes! In the following article, you can find the steps to follow if you want to watch HBO Max on Firestick.

What is HBO MAX?

Most of our readers are probably already familiar with HBO, but the company offers a few different streaming services, so we’ll quickly clarify what HBO Max on Firestick is, and how it’s different from all the other services.

HBO MAX is a streaming platform that offers popular television series and movies for a monthly subscription. It is very similar to competing streaming services like Netflix, Hulu, or Amazon Prime Video. The difference is mainly in the interface, pricing, and most importantly the content.

Each service offers slightly different content, and some providers even offer exclusive content produced by the company itself, so check out any new service before you buy it, to see if they have content you’re interested in. If you like shows like Game of Thrones and Westworld, you’re going to love HBO Max on Firestick.

HBO has a grand total of three streaming platforms, which can lead to a little confusion. But don’t worry! We’ll walk you through the difference between the three services:

HBO NOW is a stand-alone video streaming service that lets you watch the same content as HBO GO, but without needing to have a subscription through a TV or mobile provider. Both of them provide their subscribers with HBO TV series, hit movies, specials, and more.

HBO Max is a newer service that allows you to stream all of the content from HBO Now, but with even more TV series, blockbuster movies, and HBO Max Originals. It even costs the same as HBO Now, even though it has more content! Essentially this just represents a newer, better, updated chapter in HBO’s streaming history.

How to Get HBO Max on Firestick

Since HBO Max on Firestick is blocked, you won’t be able to download it directly from the Amazon App Store, you will have to do some fancy footwork and sideload it. But don’t worry, this does not mean you have to break any warranties or compromise your Fire TV.

The term sideloading simply refers to installing an app from outside of the official app store, hence the name. Since Amazon’s Fire TV software is founded on Google’s Android operating system, sideloading allows you to get pretty much any Android app running on Fire TV Stick, Fire TV streaming box, Fire TV Cube, or Fire TV Edition television.

First of all, Amazon obviously prefers to control which apps you’re able to download on your Firestick, so the sideloading feature is deactivated by default. So, in order unlock the sideloading option on your Amazon Fire TV device, you’ll need to change a couple of settings:

After installing HBO Max, you can simply switch these options back to “Off,” which disables the sideloading of further external software, and you’ll be able to use HBO Max without issue still.

This is necessary because HBO Max is essentially a replacement for HBO Now. This is like your Firestick deleting an older version of an app when it updates to a new one. The good news is that HBO GO does not have to be uninstalled, only HBO Now!

Once you’ve done that, you’ll need to install the Downloader app from the Amazon App Store. Downloader is a program that allows you to access apps that are not in the official Amazon App Store. Sometimes these are free 3rd-party streaming apps, but this time we’ll be downloading HBO Max on Firestick.

Once you’ve installed Downloader and opened the app, you should see a field where you can enter a URL on the main page. In that field type:

Then click Go. The download should start automatically, just wait until your Firestick completes its install of HBO Max on Firestick.

Once HBO Max has been installed on your device, you can return to the Downloader and delete the install files when prompted. You don’t need these anymore and it will free up space on your device.

Return to the Home screen. Under the Apps and Games section, you should be able to see HBO Max. Click on it to start streaming movies and TV shows!

Streaming apps like HBO Max are a great way to get high quality content. But not many people know that there are some great hacks that allow you to get extra free content without ever having to jailbreak your Firestick or download 3rd party apps. You can get free, blocked content on paid streaming apps like Netflix, Hulu, and YouTube that is currently being kept from you!

Paid subscription streaming sites will block certain content depending on where you are. Downloading a VPN like IPVanish will allow you to trick streaming services into thinking that you’re streaming from different regions, thus unlocking region-blocked content! If you’re paying for a service, we think you should get everything that the service offers.

In fact, there are tons of great benefits of using a VPN that most people don’t know about. If this sounds like it would improve your streaming life (and it’s definitely improved ours), use our link to get our reader discount on the best, most reliable VPN available.

Now the installation is completed, you’ll want to click on Open in the pop-up window to operate HBO MAX for the first time. You will then be given the option to create a profile. You’ll also be able to browse through the impressive library of TV shows and movies. There’s a lot more to see here than you may have experienced on HBO Now or HBO Go, so definitely check this out!

However, it’s worth noting that you cannot sign up for HBO MAX through your Fire TV application. It will only function if you already have an HBO MAX profile, which you can then link by by signing in to hbomax.com/tvsignin from one of your other devices.

This will produce in a code that you can enter on your TV to sign in. If you’re not already a subscriber of HBO MAX, you can go to their website and get your subscription.

Maybe someday HBO and Amazon will figure out their dispute, but in the meantime, there’s absolutely no reason you shouldn’t be able to watch HBO Max on Firestick. We hoped this walkthrough helped you get started watching new movies and TV shows! Don’t forget that you can unlock free region restricted content on paid streaming apps like HBO Go, by using a VPN to hide your location!

Let us know what you’re watching in the comments.