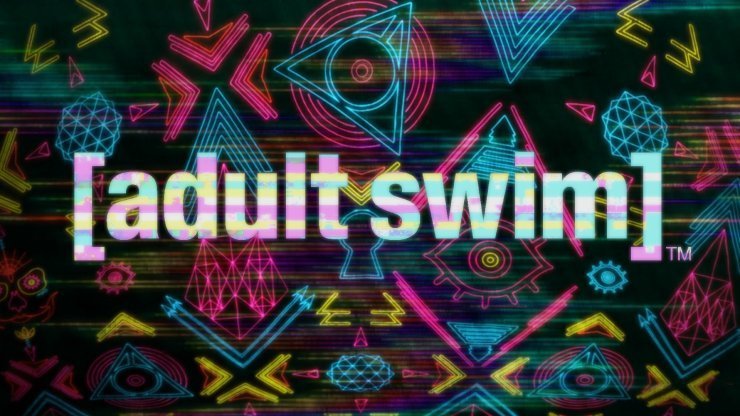 Adult Swim offers a ton of great content to its viewers. Streamers can catch the Adult Swim app via the Roku device or a whole other array of devices. Adult Swim even has a Roku app for both Android and iOS so that users can experience their shows on both TVs and smartphones.

Adult Swim is quite famous so it’s safe to assume most of you guys are at least familiar with it and have probably watched it at some point. However, if you’re not already on the Adult Swim bandwagon, we’re here to tell you you’re missing out.

If you are among those people still unconverted to the hilarious and irreverent comedy stylings of Adult Swim, don’t worry because in this article I’ll be giving you a comprehensive rundown on Adult Swim for Roku. Consequently, it will let you know everything from activating Adult Swim to obtaining full-time entertainment.

Why You Need Adult Swim for Roku

Adult Swim is an adult-oriented nighttime TV program (available for Roku!) that is televised on the exceedingly popular Cartoon Network. It features hilarious shows that you know and love, many of which it was directly responsible for launching. Shows like Space Ghost: Coast to Coast, Aqua Teen Hunger Force, Home Movies, Brak Show, Sealab 2021, Harvey Birdman: Attorney at Law, and Children’s Hospital. It’s also directly responsible for the revival of animation mainstays like Family Guy and Futurama!

It goes without saying that you absolutely want to make sure you can stream adult swim on Roku. We’re here to show you exactly how to make that happen.

If you are a smartphone user and want to watch the Adult Swim channel from your mobile, then we have great news for you because, aside from Roku, Adult Swim also has an app for Android and iOS users. The great thing about these apps is that you don’t need a cable TV subscription in order to use them to watch a ton of content.

The Adult Swim app offers 24/7 access to all the network’s most popular shows: episodes from Rick and Morty, Eric Andre, etc. Beyond this, you can also enjoy clips from other Adult Swim associated shows like anime from Toonami. Most of the content available on the app is free, and if you have a supported provider like Roku, then you can enjoy even more content. Adult Swim app also offers support for Android and iOS to cast shows on your TV.

Adult Swim Blocked in the US on Roku?

Recently many people reported a content-restricted message when they tuned in to watch Adult Swim on Roku. People thought that Adult Swim might have been blocked or censored because of the prominent portrayal of sexual language, profanity, sexual situations, and graphic violence.

Well good news, all of your favorite graphic content was not blocked. It appears that Adult Swim was having some technical issues while attempting to properly authenticate with certain content providers. If you run into this problem, refresh your app, make sure you have your username and password entered correctly, and try again. If the problem persists, call your internet service provider!

How to Add Adult Swim Channel on Roku

Now for the main event! There are several ways you can add Adult Swim to your Roku. Below are all the methods you can use to watch your favorite show on Adult Swim.

Activating Adult Swim is an important thing to do if you want to enjoy as much Adult Swim content on your Roku as you possibly can. To activate follow these steps:

The above steps will help you through the activation process. However, if you want to activate the Adult Swim Roku channel, you will need a subscription to a TV provider to complete the process.

Bonus: Roku Originals You Must Watch in 2022

Kevin Hart, Liam Hemsworth, Anna Kendrick, and many more are among the celebrities featured on Roku Originals. Thus, you’ll laugh, weep, and be on the edge of your seat while watching the following Roku Originals.

Thus, even though Adult Swim offers a lot in terms of media, you should check these out too.

The award-winning #FreeRayShawn stars Stephan James from renowned producer Antoine Fuqua. Moreover, the lead is an alleged perpetrator who is on a difficult journey.

Further, his dismissal–and survival–depends on trusting an unknown (Laurence Fishburne) and persuading a nation to bear witness.

Rosie Huntington-Whiteley meets up with today’s top beauty icons. These include Kylie Jenner, Huda Kattan, and others.

Thus, she hears their tales, inspirations, and what it takes to develop a beauty empire.

Adam Devine has always been a thrill-seeker. Moreover, while most people avoid trouble, Adam not only goes for it but also adds his own twist. Thus, he makes what he’s doing a deplorable idea.

Further, he has now enlisted the help of his celebrity pals to join him on the adventure.

Tyler Cameron, is a heartthrob contractor, and Delia Kenza, is an interior designer. Thus, together they will create special deluxe dog homes for celebrity clients’ pets.

Initially, American Apparel was lauded for its bold advertising and social change agenda. Its founder’s unpredictability then collapsed the legendary corporation.

Thus, this is the brand’s tale, good, bad, and ugly, as recounted by the people who experienced it.

This resulted in various sportsmen who held racism accountable for five days.

Maurice Harris, a visionary florist, and host engage creatives about their work. Thus, Maurice uses his excellent floral design talents to create a gorgeous centerpiece that reflects their dialogue as they open up regarding their experience.

Chrissy Teigan takes you to court as she deals with actual matters on a legally binding note.

As a music star, Joe Jonas has traveled the globe. He’s now keen to discover it as a regular Joe. As he travels across eight places worldwide, celebrity pals will assist him in living like a native.

In the role of himself, Kevin Hart is on a life-or-death mission to become a leading action star. However, he might just pull it off with a little assistance from Josh Hartnett, Nathalie Emmanuel, and John Travolta.

Take two chef contestants who are blindfolded and hurl a dish in their direction. Next, have them reenact it in front of famous judges for a chance to win a $1,000 prize.

Tituss Burgess Dummy is the host. Further, Anna Kendrick plays an aspiring writer who befriends her boyfriend’s sex doll. Consequently, the two embark on a journey together.

There are ten of them. WWE Superstars will pair with you. Next, they find the power, grit, and ability to change themselves both inside and out by working together.

Jann and Cricket believe they have to be the next big house-flipping pair on television. But, unfortunately, so does a Mexican drug cartel.

Therefore, the crazy couple must now complete their most recent project: refurbishing the cartel’s houses.

Mike Ferro is a guy on the run, desperately trying to clear his reputation. On the other hand, Clay Bryce is the tenacious cop on the hunt for him. Thus, the chase is about to begin.

Rainbows. Glitter. Grand entrances are a must. Two straight candidates participate in various physiological, cognitive, and behavioral trials to test their homosexual knowledge. Moreover, yu will see Matt Rogers and Dave Mizzoni as hosts. So who will be the “Queen of the Straights” for all time?

Top pro sportsmen from various sports work together in the gym and share training techniques. There will be perspiration. There will be discomfort. However, most importantly, they will discover what provides each other the edge to be the best.

Glamour has a sinister side to it. This true crime television series, having Dakota Fanning’s narration, looks at actual crimes. Moreover, many of these rocked the fashion world, as described by the persons nearest to each case.

Combine a fantastic artist and Joints that are jaw-dropping and you will be mind blown. Thus, Virtuoso Tony Greenhand creates eye-catching smokable items for pothead celebrity clients.

The title revolves around a desperate and indebted man (Liam Hemsworth). Moreover, in this dystopian thriller, the hunter becomes the hunted. Thus, it’s game time and your favorites, Liam Hemsworth and Christoph Waltz star in the film.

This is a unique home remodeling show that focuses on some of the country’s most notorious mansions. These include those known for unsolved killings within their walls.

Further, designers Joelle with Mikel cleanse the marks of history and transform once horrific homes into magnificent spaces.

A sword used by samurai, or a tomahawk to be precise. Now add a Playboy publication to the scenario. Consequently, you will unpack real-life evidence pieces and more. Meanwhile, you will also be hearing from the police, judges, and witnesses who assisted in the case’s resolution.

The stage is ready for you. Sasha Velour, with her cast, is gearing up for the most significant drag show they’ve ever seen. Therefore, expect a lot of heart, laughter, and glitz.

Nobody is safe now that Punk’d have returned! The legendary program resumes with Chance the Rapper as host, masterminding behind-the-scenes pranks. Thus, the world’s most famous people will find out what might happen if their lives were in the hands of chance.

Royalties is a reimagining of the often-untold narrative of the songwriters behind some of the world’s most famous songs. It follows Sara and Pierce, a ragtag songwriting pair. Consequently, they will face the bizarre and humorous hurdles of making excellent songs for crazy performers.

Restaurateur Evan Funke is now on a quest for all the lost kinds of pasta he can find across Italy.

Well-known names and the stakes are high. Furthermore, Aaron Rodgers, Jennifer Lopez, and others are among those who have started a chain of generosity by donating $100,000 to unwitting people who have made a significant impact on their lives – but there’s a catch. So keep an eye on the “pay it forward” chain as it develops.

That’s all you need to know. Happy streaming!

Check out these other great guides to get the most out of your Roku:

Roku vs Firestick: Which is Better?

Roku Jailbreak – How to Run Kodi on a Roku

Roku Private Channels – How to Add Amazing TV to Your Roku

How to Set Up Roku Sleep Timer