How to Get Twitch on Roku in 4 Simple Steps 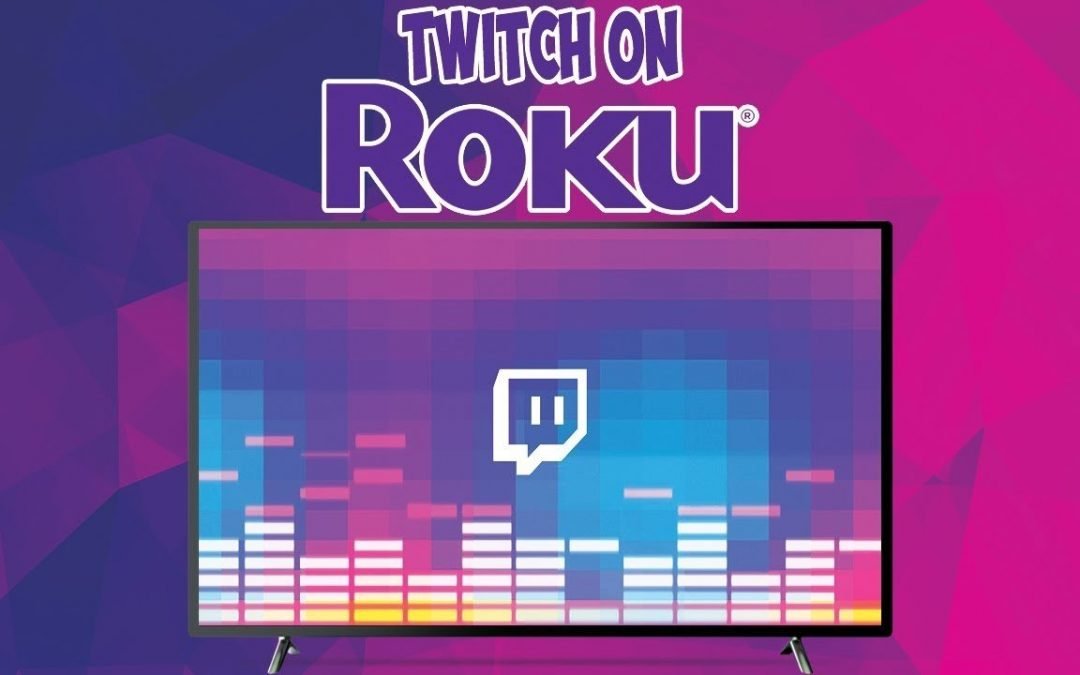 This humble beginning based on a niche interest has absolutely rocketed into the mainstream consciousness, moving from 45 million unique viewers in 2013, to 2018 where it boasted 15 million daily active users and over 27,00 partner channels. At this rate they’re not even closed to being done with their explosive rise to fame. Roku users will want to keep an eye on Twitch as a streaming platform to watch going forward.

Availability of Twitch on Roku

In 2015, Twitch officially started its services for Roku. At that time, you were able to use all Twitch services on Roku in the U.S., Canada, U.K., and Ireland officially. Twitch was available for all players and models at that time.

At the end of 2017, Amazon quietly pulled its Twitch app from the Roku app store. According to some reports, it was due to its increasing popularity which could have posed a threat to Amazon Prime’s business. News organization asked both the Twitch and Amazon Prime teams for comment, but both teams declined. It was a sign that Amazon was slowly building Twitch features into its own platform to promote it that became true in the future.

If you already have the the old version of the Twitch app installed in your Roku you can use it on your Roku TV. There is more good news, in  that there are now multiple unofficial Roku Channels that allow you to stream Twitch on Roku. 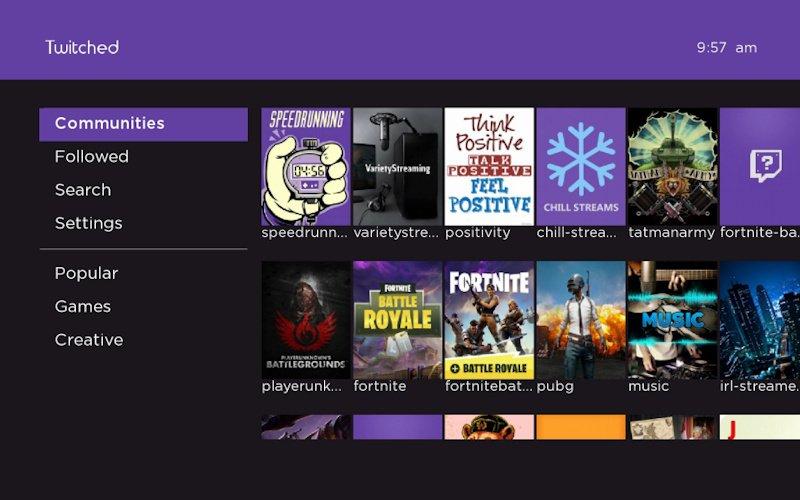 Official Twitch is no longer available on Roku. But according to one user, he was able to install the official Twitch app on Roku with the help of Alexa. According to him, even though Alexa told him that it’s no longer supported, Twitch was launched by system and worked smoothly. We can’t find any verification of this, so it’s impossible to say whether it’s true. However, you can use the unofficial version of Twitch on Roku.

Twitched is an unofficial video player for Twitch streaming services. Twitch has returned to Roku player in the form of Twitched Roku Channel with the help of developer Rolando Islas. In Twitched you can find a long list of features that are available on official Twitch, along with these features you can also log in to your Twitch account to find your favorite channels.

There are two versions of Twitched; “Zero Twitched” and “Twitched”. Zero Twitched is free but it displays ads before each stream. Twitched costs $0.99 and displays no ads. The functionality of both Twitched apps are the same, like popular feeds and game streams. The only difference is advertising which is present in the free version and not present in a paid version. In both versions, you can stream all the available streams of the official Twitch channel. Moreover, you can also download the Twitched app and access more than 50 incredible video streams.

How to Add Unofficial Twitch on Roku (Twitched on Roku)

Congrats! Now you can watch Twitch on your Roku! For the next part you must have a registered Twitch account:

Now you can enjoy Twitch on Roku! You can stream thousands of interesting videos. This app also has more features than that of the official app (according to some users) so, you can enjoy it in a better way.

Twitch Videos From Your Browser to Your Roku

If you are watching your favorite stream on the Twitch by using your laptop and want to enjoy it on the Roku TV, then the good news is that this is definitely possible.. All you have to do is to download the Twitched extension for Chrome, Firefox or Opera. By using this simple browser extension you can send any stream to your Roku.

You just have to click on the extension button, and your Roku will launch Twitched and start that specific stream. The most important thing is the configuration of your extension. You have to direct Twitched to Roku on the local network and also specify whether you are using Twitched or Twitched Zero.

You can also send your favorite Twitch streams from your mobile to your TV. This is possible with the free Twitched Android App. 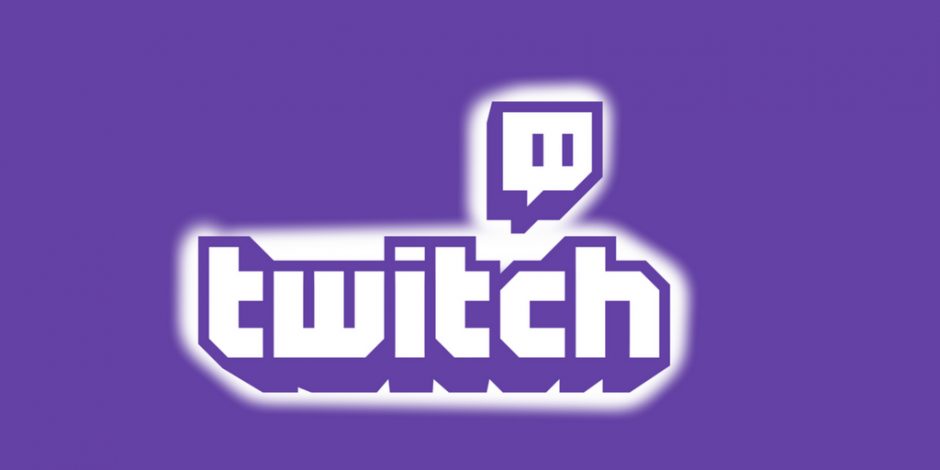 Recently, some people are giving conflicting statements online, saying that they have been unable to watch Twitch on Roku even though they have Twitched. Some are saying that Twitched Zero is not working and some say that their app is working perfectly. This may be due to bugs or any number of technical issues.

According to unofficial news, the developers of the Twitched app are withdrawing Twitch services from Roku, but it is not announced yet. You can still use Twitched Zero and Twitched on Roku in many regions of the world.

It is also rumored that the Twitched app has been deleted by developers, but when developers were contacted they responded by saying that it was Roku who did it at the request of Twitch. This is similar to what Amazon has done in the past with the Kindles, allowing them to remotely delete and modify ebooks without the permission of customers. The above rumor is taken from a deleted Reddit post that may be some kind of business strategy from Amazon, Roku or Twitch. However, it is very troublesome for consumers.

Alternative to Twitched or Twitched Zero

This is Twitch.tv which is still working for those whose Twitched or Twitched Zero has stopped working on Roku.

To do this you’ll need to perform the following steps:

After clicking the My Account option, the site will take you to another page called Manage Account.

You’ve done it! Unofficial Twitch (twitch.tv) has been added. Although it is not a reliable source to watch Twitch on Roku, you have to do it if you want to enjoy Twitch services on Roku. It is also noteworthy that you can do this procedure only on Roku 3. The new models do not support this feature.

Check out this guide for other great private channels for Roku.

Things To Do on Twitch

Twitch began as a video game streaming service but it has expanded a great deal and there are tons of new features you can use. The most important feature these days is In Real Life which allows streamers to chat with their viewers that is much similar to a Vlog on YouTube. Along with this feature, you can also enjoy Talk Shows, podcasts, discussions, variety shows, and cooking contests, etc.

Twitch has taken the entertainment to beyond limits. You can enjoy it as a social network too. Twitch users can follow or DM to each other as each stream has its chatroom where users can connect. It also allows you to see the likes, comments, and shares of your fellows that is an essential feature of large social networks like Facebook and Twitter.

Bad News For Users of Twitch on Roku

Twitch announced recently that they are planning to end their support of v3 endpoints as they are moving toward the v5 version. As Twitch’s Roku channel runs on v3 channel and they have not announced any plans for launching a version of Twitch for Roku in version 5, so it is very unclear for users who are using Twitch on Roku.

In the official statement, they have said “Thank you for being a valued member of the Twitch Developer community. This change is part of our continued effort to improve developer products which enable creators like yourself to deliver the interactive experiences that make Twitch what it is today”.

In all the above procedures of getting Twitch on Roku, the last one is still working, although the official Twitch has announced the final stages of closing Twitch on Roku. It’s possible it may work on older versions of Roku

Check out these other great guides to get the most out of your Roku:

Roku vs Firestick: Which is Better?

Roku Jailbreak – How to Run Kodi on a Roku

How to Set Up Roku Sleep Timer

How to Watch Adult Swim on Roku