FaceTime might certainly not be the first or even the best video chat application on the market, but it sure sits among the most popular app of its kind!  See the best alternatives for FaceTime for Android here, with download links for each:

The reason why FaceTime became so popular is because its developer, Apple, truly put a huge investment into the FaceTime app.  Apple added it to all of their mobile devices, as well as laptops. Given the sheer popularity of iPhones, MacBooks, iPads and other Apple devices, FaceTime is extremely popular. 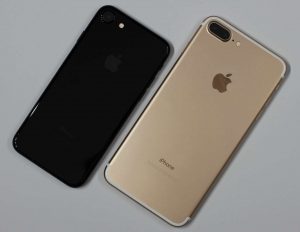 Therefore it is not surprising to see that FaceTime is now a very common, popular and sought-after application.  But the fact is, there are apps that are just as good (and better) than FaceTime, which are available for free on Android devices!  Keep reading to see how to download the best video messaging apps for Android:

Take advantage of video calling and see your friends and family face-to-face from thousands of miles away.

A good sketch is better than a long speech.

So, what about Android users? Unfortunately, it is not really possible to use FaceTime for Android users, as this particular app is exclusive to Apple devices only. However, don’t get all depressed!

Put a big smile on your face: you will be happy to know that there are about a billion similar apps out there.  Some of them are very similar, if not even better than FaceTime itself. You may want to use FaceTime in order to communicate with someone you know who has an iPhone.

If so, don’t worry!  There are a huge amount of third party app, which most people actually prefer to FaceTime, even when they are actually using iPhones or other Apple products.

The Skype app for Android is possibly the most well-known cross-platform video conferencing app.  Download it for free on just about any platform: Android, iOS (iPhone and iPad versions), PC, Mac.

WhatsApp is a favorite messaging app for millions of devoted WhatsApp users.  It’s a free worldwide messaging app that supports video messaging / conferencing.  Send text and make calls with WhatsApp for free!  They have versions for Android and iPhone, downloadable from their respective app stores (Google Play or Apple App Store).

Viber is yet another free video messaging app with text messaging and normal phone calling features built-in.  Download it for free from Google Play.  Viber earned its spot in our Top 5 FaceTime for Android list with its long-running positive reputation among Android-lovers worldwide.

Google Hangouts implemented video calling feautres into its messaging platform awhile ago.  So take advantage of it if you’re an Android user.  Use the built-in Hangouts app that is pre-installed on most Android phones.  If you don’t already have it, download it for free here from the Google Play Store.

Facebook Messenger supports video calling!  Even other apps, such as Kik or IMO are currently gaining more and more popularity.  Although these messaging apps are actually more suitable for messaging than for video chat purposes. Another great option is actually Facebook Messenger, which allows people to make calls through the internet, or connect with them through the video chat feature, for face to face conversation.

The problem with this app is that of course it caters to Facebook users.  So it is not really a great option if you or the people you want to reach are not on Facebook. On the other hand, if you do use Facebook and have the Messenger App installed, this is a great opportunity to make it all run smoothly.

So, you cannot download the “real” FaceTime for Android devices, (not without some serious problems or some really really advanced hacks at least).  But there are plenty of great alternative FaceTime for Android apps out there.  And there is quite a lot you can do in order to enjoy the same flexibility and amazing functionality that FaceTime is very well-known for across the world.