Disable Netflix Autoplay: How to Turn Off This Annoying Feature on Firestick 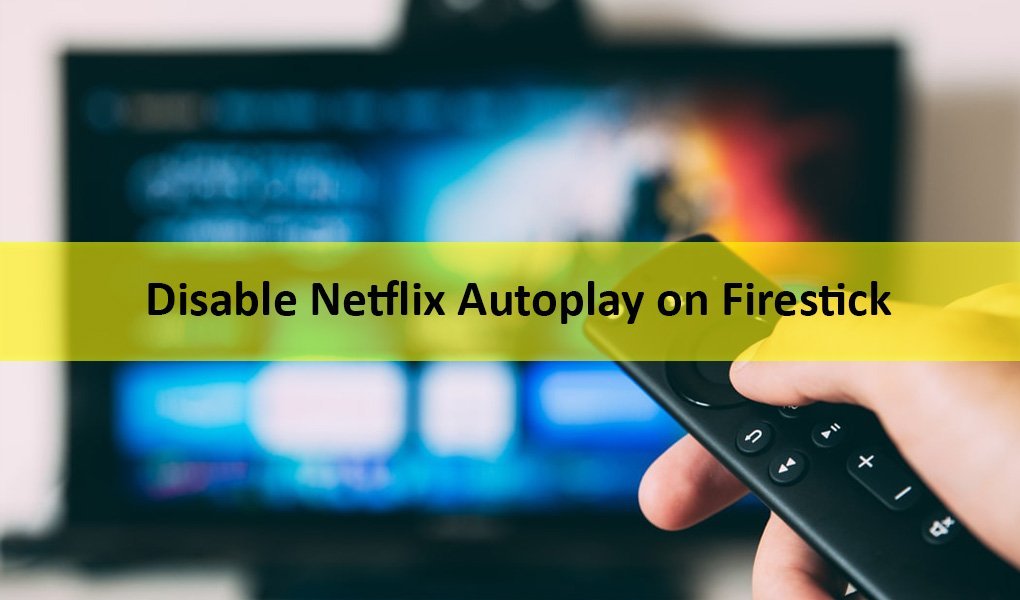 So you’re browsing through Netflix, flipping through unfamiliar titles and struggling with choice anxiety. You don’t want to settle for BoJack horseman for the hundredth time. So you force yourself to browse the independent drama section. But every time you hover over a title, an annoyingly loud trailer with bad royalty-free music starts to play and you quickly move your cursor over to avoid listening.  If you want to disable Netflix autoplay, you found the right guide.

The decision to add unnecessary auto-playing trailers with unnecessary music impedes your ability to browse freely and makes for terrible user experience.

It also slows down your device.

I typed “Netflix auto preview” into Google and laughed at the first responses. There were instructions on how to disable it with rant-filled Reddit threads bemoaning the current Netflix settings. There’s even a whole twitter account dedicated to talking about how much auto preview trailers suck!

Don’t get me wrong, I love Netflix on Firestick. It’s what I fall asleep to, it’s what I have on the background when I’m working from home and it’s how I get my fill of documentaries.

The decision to turn the already difficult process of trying to simply pick something to watch into something even more stressful is unacceptable. We can read the descriptions and if we decide that it’s not something we want to dedicate two hours to, we just move on to the next thing.

I’m aware of how this all sounds. Complaining about a streaming service for playing trailers is about the least cool thing someone can do. It’s almost as bad as being a verified Twitter user and abusing that power to call out food chains or airlines for not providing perfect customer service.

Netflix’s user experience, however, is instrumental to its success. Browsing through Netflix used to be superior to the experience on Hulu, Amazon or HBO Go. It’s why I could spend half an hour browsing for a title and not feel like I’m wasting my life in the process.

That’s how it used to be. Netflix has increasingly made browsing its platform more challenging and annoying. I don’t think it’s too much to ask that we are left to browse in peace without being annoyed with audio every few seconds.

It’s gotten to the point that by the time I’ve hovered over eight or nine different titles, I give up in frustration and just watch on an old episode of New Girl or House. I had the same American vandal dream many times, mainly because it sits on top of my “continuous viewing” page. Just click on something to avoid being attacked by the trailer.

Netflix, I don’t ask you much. I didn’t ask for Bright, and I didn’t ask for The Defender, Iron Fist, or Adam Sandler Netflix-only movie, but it reminds me that it exists every time I open the app. What I am looking for is to be able to browse in peace and to disable Netflix autoplay.

In Netflix, content that contains multiple episodes continues to automatically play the next content. If there are no more episodes on the TV show, the recommended content will automatically start playing.

This is a useful feature, but not for everyone. If you don’t want Netflix to play the next episode, promotion, or preview of another program when the last episode finished playing then you can change your profile settings to prevent autoplay.

In this guide, you will learn how to prevent Netflix from automatically playing videos on the web and in apps.

How to Disable Netflix Autoplay

To disable the automatic playback feature on Netflix, use these steps:

After completing the steps, Netflix on the web or supported apps will no longer automatically play the next episode.

Unfortunately, there’s no option to disable the autoplay feature for promotions or trailers. However, if you use Netflix on the web, you can block this feature using this Chrome or Firefox extension.

Is post-play feature really that annoying?

Also, if you are someone like me and you want to be able to run autoplay continuously in the background while doing other things, Netflix has a small check-in feature to tailor your viewing experience. After X auto-played episodes (I think it’s around 3 or 4), you’ll see a small question asking if you are still watching the show (in my case it was Bob’s Burger as above) – I’m crazy about it.

From there, you can say yes or return to the main menu. This is a safety feature of Netflix and is based on the premise of paying royalty to the copyright owner for each view, and we don’t want users who don’t watch it to play content automatically. Smart move, Netflix.

What precisely is Netflix Autoplay? 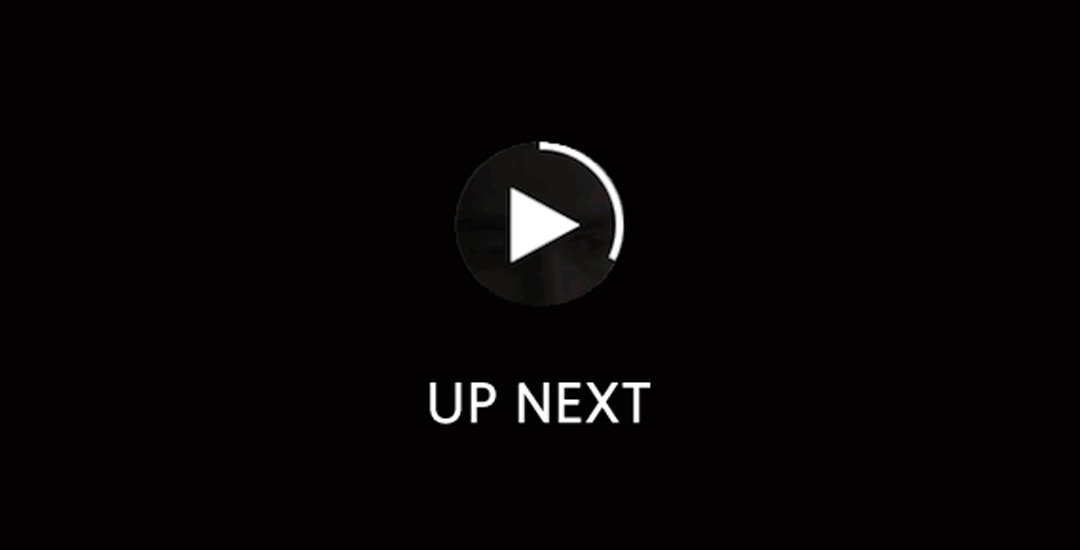 When watching TV shows or other content that includes multiple episodes, Netflix’s autoplay feature provides a short countdown before automatically playing the next episode.

If you watch multiple episodes in succession, the next episode usually starts after the opening scene or “on before” sequence. Some devices also play related titles that you may enjoy after watching all available episodes.

The Post-Play feature is available on many popular devices, including:

On the other hand, there is no such option in HBO Go / Now so viewers are forced to watch to the next episode without any other options.

“Autoplay was one of the most requested features from HBO NOW and HBO GO subscribers,” a spokesman for HBO told Indiewire. “We constantly monitor consumer feedback and update our streaming platform to provide viewers with the best experience possible.”

In addition to the basic fact that the best user experience allows the user to control the experience, there are several important reasons why autoplay is a threat.

Data and power aren’t free: If you don’t pay attention to the display settings, you may have used up all the assigned data or all battery life of your device. In addition to mobile streaming, consumers will soon become more aware of the amount of content being streamed on Netflix and Amazon. With the removal of FCC regulations, Internet service providers may find ways to charge more to do so in the future.

Why not let viewers set their own pace?

If autoplay is disabled for a service that allows autoplay, viewers can do the following:

This will become increasingly important in an era when television evolves with this kind of technological advancement. It will succeed even if its serialized nature can present itself. There’s a reason to look at the cliché of a creator who says critics have made a “10-hour movie”. However, the best TVs are inclined to their existence as episodes that make up the season.

To create a show where all episodes are described in the term “The One Where…”, which is immortalized with the title of the “Friends” episode, you can still feel like something more than the sum of that part Have the skills. Also, autoplay has a bad habit of reducing the hard work associated with it.

Of course, this feature makes sense for streaming platforms because so many recent series are designed to be consciously combined. Although creators are not actively designing the entire story of the idea of ​​a “10-hour movie,” many shows that are affected by autoplay know how viewers are consuming It is run by people who are.

But it has brought a new phenomenon: shows often produce specific fig-like speed bumps. The episodes typically land late in the season and shake the show’s formula dramatically. Recent examples include Amazon’s “Forever”, which dedicated six episodes (out of eight) to two brand-new characters, and Hulu ‘s “The Bisexual”, which includes a fifth episode, a 10-year flashback. It is included.

Autoplay is not the reason for these episodes, but they are all part of the same episode. You ‘re trying to split your viewing experience just to make sure that the episodes you ‘ve consumed are memorable.

Most streaming services allow you to disable this feature, but this is not the default option, and normal users may not see value in just understanding how to shut down. So here is a plea to make it easy for people. Let them feel like they are in control. In a mixed otic era, this may be the biggest customer service gift these services can provide.