Amazon Fire TV Stick 4K Max Review: Should You Max It Up? 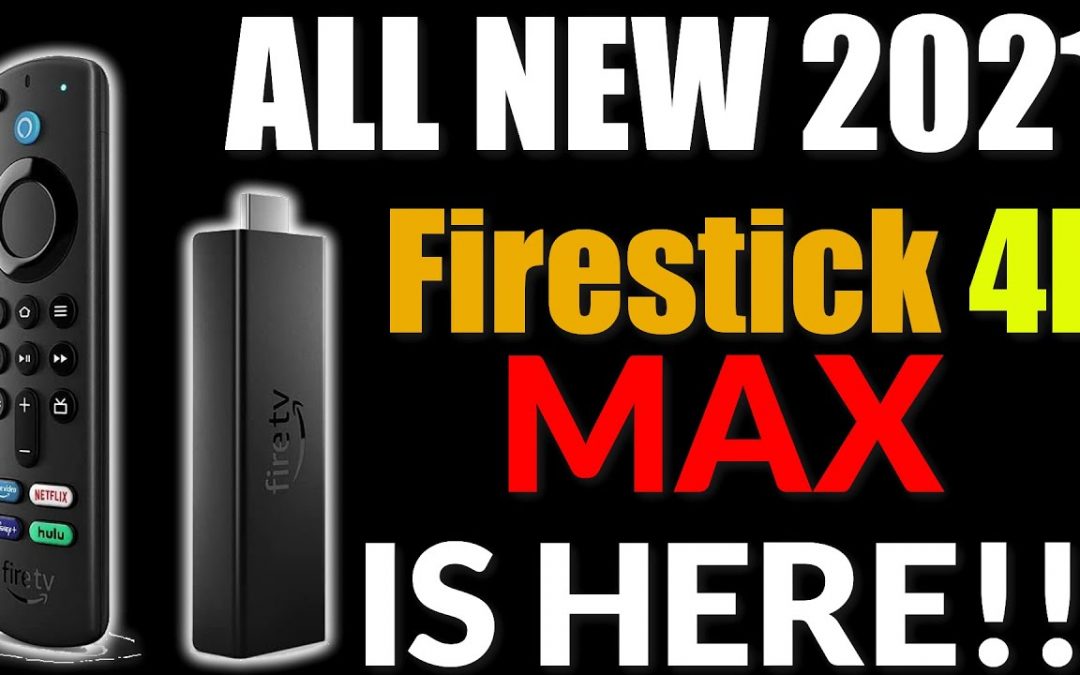 As promised last month, the Amazon Fire TV Stick 4K Max is now here. It packs minor upgrades in performance, few changes in the design, and some familiar features. So, if you are wondering whether it’s a must-have upgrade or one to pass on, we are breaking down everything to clear the air.

Below are the key specs of Amazon’s latest streaming device

First of all, let’s discuss the most important aspect: Price. Amazon’s new streamer is priced at $55 in the US. It’s a meager $5 higher than the FireStick 4K model, which often goes on sale below this price. After a few months, we hope the Firestick 4K Max will also be available at a much lower price. Its main competitors, Google’s Chromecast and Roku 4K Streaming Stick, come at a slightly low $55 price.

Nothing has changed in terms of design. The device looks exactly like the Fire TV Stick 4K with a matte black finish measuring 4.25 x 1.18 x 0.55 inches in size. It plugs right into the HDMI port of your TV and, like a Chromecast or Roku Stick, stays there. In case your TV doesn’t support such a connection, the streaming device comes with an HDMI adapter to make the connection easier.

Unfortunately, it still needs the power adapter. Hello Amazon! Roku Streaming Stick Plus comes without a power adapter. Can we get a similar upgrade in the future? It will make all the things so much easier. For now, you have to power the device with the help of the micro USB port on one side.

If your HDMI port sticks out from the top, put the streaming device in the topmost port to avoid the USB cable hindering the below ports. Likewise, reverse these instructions if your device’s USB port is on the bottom when you plug it in.

Like every Fire TV device, the Fire TV Stick 4K Max user interface is stuffed with Amazon and Prime Video ads. The newly redesigned Fire TV OS interface looks all the splashier. It’s broken down into three main components. Home has all the recommendations. Find lets you search. And Live is where all the cable TV alternatives reside.

Along with multiple rows of sponsored content, you can see a number of ads on the home screen. At this moment, it feels like the Amazon Fire lineup of streaming devices has more ads than any other competitor. Both Chromecast and Google TV show ads everywhere, but they never feel so omnipresent as they do in the case of Fire devices.

Let’s get candid, when it comes to performance, we weren’t expecting much. After all, the Fire Stick 4K is already pretty fast. But Amazon’s latest entry into the streaming market surpassed our expectations. We can confidently say it’s the fastest streaming device in the market today. And it should be? Amazon Fire TV Stick 4K Max features a much faster quad-core 1.8 GHz MT8696 processor, a 750 MHz GPU, and a Wi-Fi 6 802.11a/b/g/n/ac/ax support. If you have a Wi-Fi 6 router, the improved speeds become all the more noticeable.

All the apps launch pretty quickly. Especially when you are moving from one app to another and one setting to another, you can notice the quick loading time and faster navigation. It’s also rebooting much faster than the regular Amazon Fire device. To give you some idea, Disney Plus loads up in 8.8 seconds from a restarted state. That’s way shorter than Amazon Fire TV 4K’s 13.4 seconds. Likewise, Netflix now loads up in 1.38 seconds. On the other hand, Fire TV 4K and Chromecast take 20 and 1.58 seconds respectively to load.

The Audio and Video look as excellent as they do on Fire TV Stick 4K. After all, it uses the same audio-video standards as its predecessor. That means you get HDR 10, HDR 10+, Dolby Vision, and Dolby Atmos for rich visuals and immersive audio. Besides, there’s 7.1 surround sound support, dual-channel stereo, and up to 5.1 HDMI audio passthrough. There’s nothing Amazon could improve on, honestly. It’s already pretty updated.

The new remote looks pretty standard Fire TV fare. It’s a black wand with a circular directional pad and a select button in the middle. Alexa and power buttons are resting above the pad, along with a button for the pinhole microphone. All the other buttons like Volume, Playback, and Menu are designed under it along with dedicated service buttons for Prime Video, Netflix, Hulu, and Disney+. Nothing much to unpack here!

Amazon’s Fire TV platforms have been hard to beat when it comes to content. They have almost every app available. If you cannot find an app in the official Amazon app store, you can sideload it from a third-party website. While Amazon doesn’t reveal the number of apps it has in store, some experts claim there are nearly 13,000 apps.

These include all the best streaming apps, cable TV alternatives, on-demand, and live TV apps, Spotify, Plex, and others. Now they have added gaming support from their Luna platform. There’s also a new Live View and Picture in Picture mode that allows you to check your home security cameras without stopping your streaming.

If you’re already invested in the Amazon’s ecosystem, the Fire TV Stick 4K Max gets more valuable. It helps you organize all of your Amazon channels, Music content, subscriptions, purchases, etc., all in one place. No need to sort through multiple devices and dongles to access different content.

Final Thoughts: Should you buy it?

Well, the biggest draw here is its Wi-Fi 6 support. The streaming device is capable of much higher speeds and better performance than the previous Wi-Fi 5 standard we’re used to, especially if you live in busy network environments. Secondly, Amazon’s Fire TV Stick 4K Max is the first streamer under $100 that supports the standard (Note: Apple TV 4K also uses the faster Wi-Fi standard, but it is much expensive at $180).

This leads us to believe that the new $54.99 Fire TV Stick 4K Max is just like the $49.99 Fire TV Stick 4K, but with Wi-Fi 6 support and a slightly better processing power. For just 5 dollars more, it indeed seems like a good deal, but there’s one problem. The 4K video can only be enhanced by its bandwidth to a certain extent. Wi-Fi 5 already exceeds that limit.

Therefore, unless you own the latest Wi-Fi 6 router, an extremely fast internet connection, and provide optimal wireless conditions, the standard Fire TV Stick 4K will suit you just fine. No need to upgrade for now! However, Amazon’s latest streaming device has certainly earned its place in our top 10 best streaming devices list.