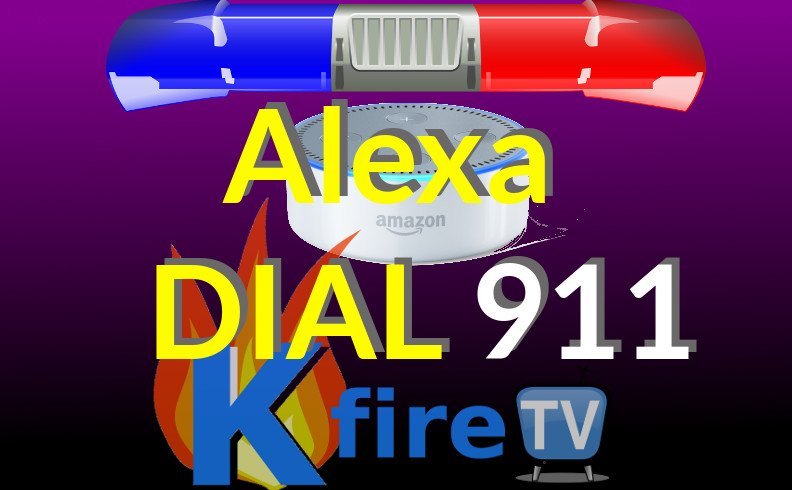 This article shows you how to have Alexa dial 911 and how to have Alexa notify your family & loved ones of an emergency, which some might refer to as Alexa 911 services.  Alexa devices such as the Echo and Echo Dot currently don’t have the capability to directly dial 911, although we can use Alexa + Google or Siri to solve our Alexa Emergency situations, since Google and Siri devices can dial 911.  Using an Android tablet with Bluetooth, an Echo Dot, and two Android apps we can get our system to the point where we can say “Alexa, dial 911” and it’ll do just that.  We can also set up Alexa to directly notify our loved ones in case of emergency by using a messaging app.  Read on to see how:

Combine Alexa with Google or Siri for Alexa 911

You can combine the power of Alexa with Google or Siri’s voice control functions to have a 100% total Alexa 911 solution.

Since Alexa Skills can be made be people just like Android apps, we hope that someone will make an Alexa skill that would solve this by utilizing the Twilio app/service to dial 911 using Alexa.

If you have questions about using Alexa to dial 911, ask on the KFire YouTube Channel.