9Anime – How to Use Best Free Anime Streaming Site 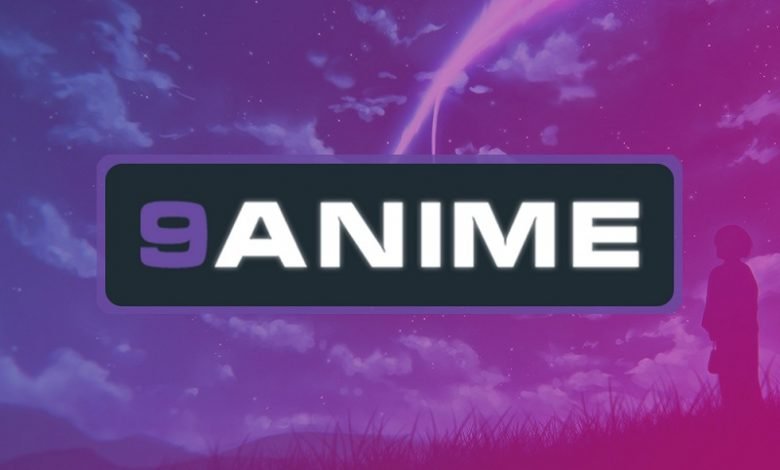 Everyone loves anime (Unless you just hate fun, I guess?). Anime is super fun to watch, and there are several sub-genres to suit everyone’s taste. In this digital day and age, everyone likes to stream their favorite programs. The same holds true for anime lovers. But what’s the best way to stream anime online without it costing a dime?

While there’s no shortage of websites claiming to offer free anime streams, these are either unsafe or lack a large enough anime collection to whet your appetite. Only one website stands true to the word “free.” You guessed it right, we’re talking about 9Anime.

9Anime is a very popular online anime streaming website. And it’s not hard to see why as it offers absolutely free anime streams. Its anime collection is so extensive that you can watch or download almost any anime series. Moreover, through its strong coverage of on-air anime series, it lets you stay up to date with your favorite shows. The streams come in full HD resolution, although some are available only in the SD. You can also prioritize content based on your internet speed.

Most of the provided content is dubbed or subbed into English by fans and published with their permission. The content is separated into multiple categories to help you choose what you like the most. It includes different genres, release date, quality, and trending titles. What’s more, you don’t have to sign up in order to watch free anime shows. Simply open the website, search for the title you want to watch and start streaming right away.

9Anime’s homepage has a good minimalist layout with different categories for anime on top and a search bar in the middle. Interestingly there’s a second search bar on top which serves no purpose. The black and a purple color combination feels odd at first but grows on you after a while. The navigation is smooth, and ads pop up occasionally here and there, but are never overbearing.

Almost a year ago, the website underwent an overhaul. When it came back, there was no option to hide the banner advertisements after a 30 seconds wait. This was unfortunate because hiding the banner ads helped users with reducing stuttering issues. Overall, the UI can be termed user friendly with a slight room for improvement.

How to Find 9Anime

Finding 9Anime on the internet needs some basic research skills. This is because the URL tends to move a lot as the website changes its servers from one region to another. The URL you used to access 9Anime last time may not work this time. Therefore, if you’re struggling to find it, the best option is to type “9anime” on Google and check out the first few options to find the most official website.

Keep in mind that there are several fake websites doing the rounds on the internet. A great way to spot a fake 9anime website is by looking at the number of ads on the website. One with the least amount of ads will likely be the official 9Anime. As of writing this article, 9Anime can be accessed via this link.

Now you might be asking, why does 9Anime move around so much? Well, that’s because the answer to the legality question is a little… fuzzy.

The site features a disclaimer focusing on the fact that all the streams provided are stored off-site. 9Anime simply contains the links to other third party resources. It takes no responsibility for any legal issues arising because of this service. However, even that is considered a somewhat shady way to distribute unlicensed anime content. Besides, with the ad revenue in the mix, the services of 9Anime could be regarded as unlawful in many countries.

IMPORTANT: Before we go any further we absolutely need to talk about security.

It’s important for you to know that some of the files you find on torrent sites may be unlicensed illegal streams. Now, we know that our users would never knowing engage in illegal streaming, and we certainly wouldn’t condone it. However, accidents happen! The legality of some files may not be clear and it’s important to protect yourself.

The easiest, best, and most reliable way to protect your privacy while visiting one of the best free anime sites, or from any other kind of sensitive online activity is to download and install a VPN on your computer. A VPN will hide both your identity and your browsing history from any hackers, corporations or government agencies that may be trying to watch your online activity. We believe this is a required step before downloading anything from the internet, so much so that we’ve arranged for a 70% discount on the best VPN available for our readers. Please take this seriously and protect yourself. We want all y’all to stay safe.

If that doesn’t convince you then maybe the fact that you’ll be able to access region-blocked content (and countless other cool VPN tricks) will!

Is 9Anime Safe For Users?

Absolutely. As we discussed earlier, the reason we prefer 9Anime over other competitors is that it is absolutely safe to surf. The site is not a scam. The biggest problem you may encounter while surfing will be the annoying ads that pop up every now and then. But that’s it. You don’t have to worry about 9Anime downloading malicious scripts to infect your system or any other security issue. 9Anime is a much safer option than any other random anime website which may potentially be laden with viruses or a scams.

Make sure you’ve downloaded a fast, reliable VPN, and you’re good to go.

Install a VPN to Surf Safely

There are two reasons for installing a VPN before streaming is often advised. First, when you are watching shows on 9Anime, you don’t want to be blocked by geo-restrictions due to licensing issues. Second, your internet traffic is constantly monitored by third-party tracking cookies for targeted ads and even by your ISP. A simple and great way to circumvent these issues is by using a VPN.

A VPN creates a secure connection that makes it incredibly hard for anyone to spy on you. For this purpose, the best VPN we have found so far is IPVanish. Its servers are fast and located all over the world. So even if one server in a region goes down, you can access the website from another location. In terms of value for money, IPVanish is hard to beat because of their unlimited access for multiple platforms, including Windows, Linux, Mac, Android, iOS, Amazon Firestick, and Roku.

We really don’t want there to be any reason you can’t do this, so check out our guide on how to install a VPN on literally any device if you need a little bit of tech support.

The 9anime website works perfectly fine on mobile phones. But in this day and age, an app adds much-needed convenience for many users. Unfortunately, there is no official application for 9Anime for any platform (whether Android, iOS, Firestick, or Roku).

A search for 9Anime on notable play stores brings up nothing, and any official “jailbreak” apps are currently out of operation. There are a bunch of unofficial apps you can find on the internet. However, they’re unsafe and full of bugs. Unless you want to infect your devices, we don’t endorse using any app for the website. Use a mobile phone and a browser instead.

Protip: Your Firestick browser will work great for this!

While there are literally hundreds of anime available on 9Anime, below are our top 5 must-watch shows:

Released from 2011 to 2014, Hunter x Hunter is part of the Hunter × Hunter media franchise. The story centers around Gon Freecss, a young boy who discovers that his dead father is, in fact, alive and well. He then goes on a mission to train himself as a hunter and reunites with his father along the way. Spanning 6 seasons, Hunter x Hunter has 78 episodes on the website, each running for approximately 23 minutes.

This anime is the continuation of the original animated series Naruto. Its story revolves around an older and slightly more matured Uzumaki Naruto and his journey to protect his friend from the snake-like Shinobi, Orochimaru. Unlike the original Naruto series, Naruto Shippuden is intended for a more mature audience.  All of its 500 episodes can be found on 9Anime.

Tokyo Ghoul is a controversial Japanese dark fantasy manga written and illustrated by Sui Ishida. The story follows Ken, a college student who barely survives a fateful encounter with Rize, his date who gets revealed as a ghoul. If you are watching the uncensored version on 9Anime, be warned, it is quite gory. All of its 12 episodes aired in 2014 and are available on 9Anime. If you are into gory anime series, you will absolutely love Tokyo Ghoul.

This is the second anime adaptation of the original Fullmetal Alchemist manga by Hiromu Arakawa. Unlike its predecessor, it directly follows the events of the original manga. The story of 2 brothers going on a quest to develop their alchemy powers and resurrect their mother is engaging and keeps you interested throughout its 65 episodes run.

5. The Seven Deadly Sins on 9Anime

The Seven Deadly Sins, originally released on Netflix in 2014, is a Japanese animated series based on the manga by Nakaba Suzuki. It is a light Shonen anime show with just the right combination of heart, action, fun, and music. A once-active group of seven knights called the Seven Deadly Sins must band together to defeat the tyrannical rulers of the Liones Kingdom. The series consists of only 24 episodes.

It is often said that the “Inspiration for fun is anime all the way,” and 9Anime offers a great way to have some fun. It is safe, reliable for users and provides access to tones of anime, absolutely free of cost. Its extensive library of high-quality anime is quite an attraction.

On 9Anime, you can find popular on-air anime shows as well as the ones lost to time. Because of these reasons, we don’t advise using any other website that promises the same without doing prior research. The advertisements on the website can be irritating; that is why we advise a VPN for added privacy.  Last but not least, we believe 9Anime’s shaky legal status shouldn’t prove threatening for the users if you’re properly protected. That’s about it. Happy streaming!